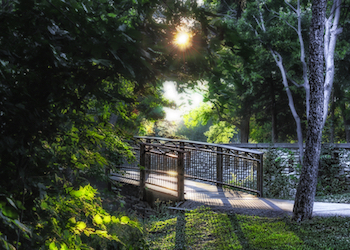 Recently there has been a growing amount of interest in issues related to age-related disabilities. My work with Jewish Sacred Aging has begun to look at some of these concerns, voiced by people I have met in my travels, who are concerned as to how they can deal with what may be natural age related disabilities.

After all, as Boomers age and benefit from medical technology enhanced longevity, we can expect to deal with, what may be called, naturally occurring age-related disabilities. Most of us are unprepared for these realities. I recall one man with whom we worked as we began some discussions on this issue remarking to me that “if you live long enough you will eventually become disabled”.

The greater issue of inclusion and openness regarding the subject of disabilities is gaining greater attention, no doubt due to increased longevity. We can begin to see some of this being manifest in the redesign of apartments and living spaces for Boomers and you can even see this emerging truth every night on TV as we are seeing an increased amount of commercials touting home improvements that will make it easier to see, climb stairs, hear better or be mobile.

We recently published on my web site a beautiful thought piece by a major activist in the disabilities movement. Matan Koch, a lawyer from Boston, wrote on the challenges associated with age-related disabilities. He noted that anyone who lives long enough is likely to join him as a person living with disabilities. Commenting on this loss of ability Koch wrote: “This loss of ability, once taken for granted, is not only a tangible reminder of the often frightening progression of time which only goes one way, but is also amazingly jarring in its unpleasantness.”

Koch reminds us that we need to focus on a person’s abilities and not their disability. He also speaks to an issue that, I feel, is key to much of what life holds for us as we grow older; that we cannot do this alone. The necessity of maintaining key relationships is key to life, no matter what condition we find ourselves. That may mean, for some people, the acceptance of lessened independence. However, as many of us come to know, the ability to ask for and accept help can be liberating and, in truth, necessary.

Gradually religious communities and institutions are looking at this issue. Part of their concern may be based on the reality that membership that attends functions (like worship and social events) is aging. However, much of this new activism or awareness is also based on the ethical and moral values of religious traditions that see each person as a representation of the Divine, regardless of outward appearance. Often buildings have been retro-fitted with ramps for accessibility, hearing loops, large print books and redesigned bathrooms. All of this is part of this growing awareness of what we may refer to age-related disabilities. Check out your congregation to see how they are beginning to deal with this new reality.