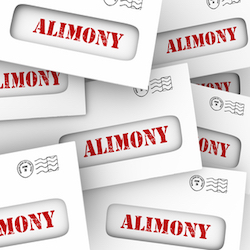 Alimony is a part of many divorces.  As New Jersey recently passed legislation limiting the duration of alimony payments, I got curious as to what was done in other states.  And so began my research….  This is the last part of this series.

What States have the option of Lump Sum Alimony?

Alimony may be awarded when annulment of marriage in Connecticut.

Permanent support is rare in Hawaii; judges generally award it only to a spouse with very poor employment prospects due to ill health or advanced age.

Spousal support is not favored by Idaho Courts, since it is presumed that under a community property system each spouse receives one-half of the marital property. When it is awarded, it is usually for a temporary period to give the spouse time to become employable or when one of the spouses has no means of adequate support.

In Iowa, spousal support does not terminate on remarriage automatically.  The recipient has the burden to prove extraordinary circumstances exist which necessitate continuation of alimony.  Iowa courts have used alimony as a way to remedy an unfair property distribution.

In Nebraska, alimony is not meant to equalize the couple’s incomes, nor is it used to punish one of the spouses; it is used to help the dependent spouse become self-supporting through education or training, or to provide ongoing support in the few cases in which that isn’t possible.

New Mexico does not allow alimony when an alimony award would be considered “Double-Dipping.”   Double dipping refers to when the same asset is considered in both the property distribution and support obligation.

Please read Part 1, Part 2, & Part 3 of this series for more information on alimony in different states.