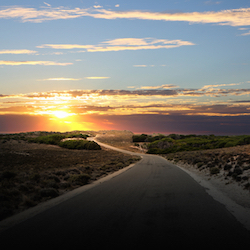 My friend, Cathie Borrie, is a dancer.

I met her shortly after my father passed away from Alzheimer’s disease. Like many, I reached out to other caregivers, impassioned to be a difference maker in the cause of Alzheimer’s and dementia advocacy. What I had heard of Cathie’s story deeply resonated with my own experience. We soon were able to meet in person, as I traveled to Vancouver in 2012 to interview her for a planned documentary on finding the person inside the disease, something I have discovered Cathie knows more about than almost everyone else.

In her profoundly stirring memoir, The Long Hello, Cathie shares the heart and life of her mother, Jo, as newly discovered through caregiving. An intelligent, strong and artistically gifted lover of fishing and birds who survives her first marriage to an alcoholic husband and the death of her own young son, Jo is diagnosed with Alzheimer’s and Parkinson’s disease. Through many missteps to bring back the voice of the mother she had always known, Cathie learned to “listen a different way.” As Jo’s condition progressed, she began more and more to express herself in poignant poetic lines, freshly revealing the still vibrant life force dancing within. Writing the first few words of her “Mum’s” new language on coffee-stained serviettes, Cathie began recording their conversations, and a story soon took shape.

“I am choreographing a dance for my mother and me,” Cathie told her therapist.

Deftly crafting her mother’s ethereal lines with her own wandering cries and tender triumphs, Cathie weaves a story so rich that it fills the canvas of caregiving with dark and deep colors like the bird-speckled Pacific waters she and her mother sat gazing long across.

Cathie: “What are the birds saying?”

Cathie: “In a language?”

Jo: “In their language. In an upside-down language.”

Though Cathie finds respite in her mother’s true voice, pain still pierces the gut. Courageously vulnerable, Cathie shares the naked hurt, screaming inside while trying to lose herself in a ballroom dance class.

“Let me ask you, what do you think is the ugliest thing in the world?” Cathie asks her Mum.

“A lack of dignity. Is that the right answer?” These words of Jo’s make me think of my father. Then commences the ripping of the heart.

Though dark and deep, the days are laced with humor that is so refreshing to those of us who have walked this road.

“You’re my favorite person in the world,” chimes Cathie.

“Favorite amongst the constipated, you mean…” retorts Jo.

Facing a health crisis of her own (so common among caregivers), Cathie cries out from beneath the weight of complete responsibility for the well-being of another person, feeling alone and inadequate to the task. Using the metaphor of dance, she explains:

“Men complain that women try to lead and that’s why we go the wrong way on the dance floor, why feet get stepped on. I go the wrong way because I’m afraid of doing something stupid or because I miss the lead signals. I don’t know how to do nothing. Be empty enough, quiet enough inside to wait. To listen. I can’t believe someone else will take care of the leading. Take care of anything.”

In absorbing this beautiful memoir, one can clearly appreciate that Cathie did, indeed succeed in choreographing a dance for the two of them. But in doing so, Cathie gave her Mum the freedom to speak in her real voice despite dementia’s onslaught. One must know when to lead and when to follow.

As this story reveals itself page by page, we see that the true lead belongs to Jo, the very one being crippled by dementia, yet whose spirit is emergent even amidst faltering steps. And Cathie lets the spirit do its dancing.

“It’s always easier to remember the lines when you understand the story.” Cathie understands the story – her Mum’s, her own, and ours.

I highly recommend The Long Hello – Memory, My Mother, and Me, a memoir by my friend and fellow caregiver, Cathie Borrie.

This article was written by Daniel C. Potts, MD FAAN and was originally published on MariaShriver.com