Home / Editorial Monthly Focus / Are You a People Pleaser? Discover Your True Self! 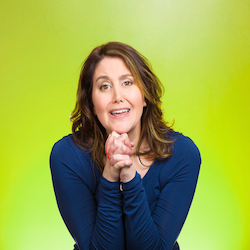 You’ll never be everybody’s cup of tea,” Aunt Gena used to say, “I’m sorry to tell you, Honey, but it just isn’t going to happen.”

Somehow the years dimmed my memory of her words of wisdom. Back in 2010, I completed writing my first book, and I hoped for precisely what Aunt Gena had warned me against: that I would be everybody’s cup of tea.

I sent out the first draft to a select group of friends, family members, literary agents, managers and publishers. The results rolled in, and everyone had something to say about what I’d written.

“You can’t come across that forceful; you’ll alienate men,” said one, while, “You’re being entirely too wimpy. Don’t sugar-coat this story,” said another. A third told me that my story would flow better if I left out the part about France entirely. That comment was pretty absurd; I was writing a book which chronicled a teenage trip to France during which I was abducted by two criminals, then, in the process of turning my own life around, I went on to create a framework that can be used by anyone to overcome adversity.

The problem was, even though I should have known better – after all, Aunt Gena had told me told me from a young age that it’s impossible to please everyone – I still wanted to try. I began writing and re-writing my book to take out the so-called “offensive” parts, and to ensure that it wouldn’t put off anyone. Before long, unfortunately, it appealed to no one. What I started putting out was so politically-correct, non-offensive and bland that even I didn’t want to read it.

Luckily, I saw a post from Aunt Gena on Facebook (she’s in her 90’s and still setting the bar for all of us in our family!) Her words were so refreshingly candid, uncensored and transparent, that I took a cue from her, scrapped everything I’d been writing, and instead, I authentically shared myself on the page.

The end result was far better than I could have imagined. I say that not just because the book became a bestseller, but because the journey of being true to myself and giving up worrying about trying to please everyone else was immensely liberating.

What about you? Can you relate to contorting yourself into a pretzel to fit what you imagine that other people want for you? I think we’ve all been there a time or two. What do you think would happen if we gave up obsessing about other people’s approval? What if we took another tack all together, and instead of worrying about other people not approving, we had fun with it when they didn’t? While that may seem impossible or counter-intuitive, one of this year’s funniest Internet memes arose from that way of thinking.

cheryl hunter pleasing others meatball sandwich yelpThe photo shows a small chalkboard which reads, “Come in and try the worst meatball sandwich that one guy on Yelp ever had in his life.” Instead of trying to hide from disapproval, these people leaned right into it – and made thousands of people laugh in the process. Heck, even The Huffington Post wrote a story about it.

I’m not saying that you have to go from one end of the pendulum swing to the other; I’m simply offering another way of looking at the issue. For even more ways to dismantle the grips of trying too hard to please other people, check out the video above. It’s chock full of tips … and, like the chalkboard, it’s made to make you smile.

While you may not be everyone’s cup of tea, the good news is that once you’re true to yourself, you’ll be the right people’s cup of tea. And ultimately, that’s all that matters.

The author of this article is Cheryl Hunter and it originally appeared on MariaShriver.com