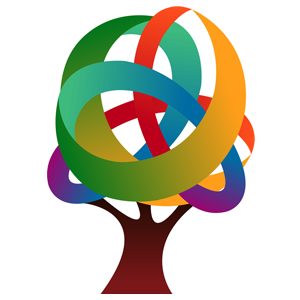 by Michael Bloom~
Autism is a neurological disorder. It’s not caused by bad parenting. It’s caused by, you know, abnormal development in the brain. The emotional circuits in the brain are abnormal. And there also are differences in the white matter, which is the brain’s computer cables that hook up the different brain departments.” – Temple Grandin

According to the Autism Society…

Back in 1993, I accepted a non-profit agency job as a direct support professional in a group home that had 6 adult residents with autism. I had just graduated with a Master’s Degree in Psychology while we were coming to an end of an economic recession. Jobs were scarce and my options were limited.

Little did I know that this job would do more to inform the rest of my personal and professional life than 6 consecutive years of post-secondary education. Although the hiring team was enthusiastic that I accepted the position, I later learned that the supervisory staff had taken a bet on how long I would stay on the job given the emotional and physical demands.

The residents with autism were amazing and a joy to be around most of the time. However, a few of the residents had frequent behavioral outbursts that were intense at times. Although I came home with some bruises, scratches, and a bite mark on the arm over those first few weeks, I kept returning. I stayed in the role for an additional 18 insightful months until a manager position opened up in another non-profit agency closer to my home.

 Here are a few of the things that I learned during my role as a direct support professional that came to serve me a decade and a half later while I was supporting my parents as their primary caregiver.

1. Stay calm. The best way to support another person who is having a difficult time is to keep a neutral, steady voice. During periods of confusion, my father would become demanding and yell for what he wanted. Typically, it was to “go home” even though he was in his own living room. A mixture of calm redirection or supporting the fantasy was usually the best way to deal with these events. For example, I might say, “Let’s have a quick snack before we go home.” Often, after having the snack, he would calm down and forget the “going home” part.

2. Try not to personalize anything that happens. My father would shout obscenities and name calling when he became upset during outbursts. Although this could be hurtful, I realized that what was being said in those moments was not truly what my father believed. He never called me a name at anytime prior to his illness. During my tenure working in the group home, residents would often resort to name calling when they were upset. I was trained not to personalize and appropriately responded to the situation as clinically directed by a team approved plan. I know the plans were effective and led to a better quality of life as maladaptive behaviors sharply declined over time. My heart goes out to parents and siblings who deal with these emotional challenges on a regular basis. You are loved!

3. Non-verbal cues are important. When you really get to know someone you are supporting, you can start to pick up on signs to avert a behavioral episode before it starts. Or, more importantly, you can recognize when a possible illness is arising so you can seek treatment to help ease pain or discomfort. This came in handy when I recognized my father was not doing well during one of his hospital stays. I advocated for additional testing based upon non-verbal signs such as facial expression and tone of voice. Sure enough, his blood pressure was dropping in that moment as another heart failure event was coming on. Thank you to the family members and other dedicated support staff who gave me insight about how to recognize important signs from the people we were supporting.

4. Seek input from an active support team. A loved one with autism or any other condition makes the most progress when surrounded by a great support team. The people who provide the most direct support can provide some of the most meaningful information. Make sure the information from family members, direct support staff, teacher’s aides, etc. are shared with treating medical personnel along with any reports from clinical and supervisory personnel. I used this strategy during the medical appointments I attended with my mother. She was verbal and fully cognitive. I asked for her permission to share my concerns and observations with the doctor along with her so we could put it all on the table for review. We both felt good with this strategy and she still felt in control during her appointments.

5. Take space on a regular basis. If you feel as though there are times when you have or are close to losing your cool and lashing out, you are not alone. As a person who supports someone with autism, you are dealing with some of the most challenging and stressful situations in life. Even the most calm and patient person can be susceptible to uncharacteristic outbursts of anger or sadness. The way to minimize the risk of this happening in a harmful way or becoming burned out is to take space by building in regular respite time. It is vital to engage in other activities outside of your caregiving responsibilities to sustain your energy for the long term. Raising a child with autism is a lifelong commitment so please take care of YOU along the way.

During this Autism Awareness Month, I salute all family and professional caregivers who work tirelessly to provide a better world for people with autism. I am forever grateful for the gifts of learning that autism has brought to my life. To those I have been privileged to support directly, thank you! You equipped me with beneficial skills to provide the highest quality of support to my parents when I stepped into the role as a family caregiver.

END_OF_DOCUMENT_TOKEN_TO_BE_REPLACED

2 thoughts on “Autism Can Provide Gifts of Learning”