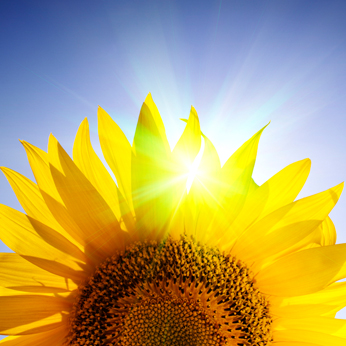 by Erica Leung~One of the most common myths about Autism that really ruffles my feathers is that “people on the Autism Spectrum cannot communicate.” I think it is quite sad that we live in a world where technology provides us with up-to-the-minute information and yet so many still hold tight to old beliefs.  As an individual who understands Autism all too well, allow me to enlighten you as to how this theory holds no validity.

Communication happens in various forms and no one way is better than the next.  The deaf interact by using Sign Language and the blind with Braille. Individuals with Autism are capable of communicating with the world but their method of doing so may be different.  While many are able to vocalize their thoughts, others often benefit from the use of pictorial cards.  It does not really matter how one converses; the point is it can be accomplished through years of practice and patience.

Growing up in a large Asian Italian family, social gatherings are inevitable.  Despite the fact that everyone around me seems to live for such occasions, for me it is the second most dreaded event next to a toothache.  For starters, I am by no means a fan of loud noises, so when both sides of the family come together it is like a rock band meeting at a New York City protest.  I cannot focus as all I hear is loudness attacking me in every direction. Though only a few family members are able to accept this, I have learned that when I am in such situations, it is safest for me to revert inside my turtle shell to prevent a meltdown.

Many people do not and may never be able to understand this concept, but it is not always a conscious effort to not speak with someone.  There are numerous times when I feel the need to defend myself against others but I physically cannot do so.  These impediments are beyond my control and I learned the best solution is to just ride it out.  However, it does not mean that I am clueless about what is happening around me. My ability to use my voice may not always work but my ears do. I listen to everything people say about or around me and I have formed opinions to go along with what I’ve heard.  After all, listening is key to socialization.

Although I am a verbal Autistic, the most effective platform of letting others know what I am feeling is through written words.  I’m an open book of ideas and more often than not, my brain acts like the Energizer bunny.  Normally, I think faster than I am able to speak which unfortunately results in everything coming out in one garbled message which no one but  me understands.  To make matters worse, I usually cannot remember what I’ve just said because my mind has already moved on to different subjects.

I love the simple fact that writing allows me to jot down anything at the exact moment it pops into my head.  It is not as anxiety provoking as having a face-to-face conversation with someone, and I can leisurely take the time to process my thoughts and form them into rational, comprehensible statements.  This might seem to most like a waste of everyone’s time but it is important to remember that some of the greatest people in history used inscriptions to convey their messages.

As one can see there are many variations in which humans express how they are feeling.  I think that if people were more open to individuality and embraced differences than the world would be a more peaceful place.  All too often, people (myself included) run away from what scares them and in turn end up missing an opportunity to learn something. The most important thing to remember is that just because things are done differently doesn’t mean they’re wrong.

END_OF_DOCUMENT_TOKEN_TO_BE_REPLACED

4 thoughts on “Autism: A Different Voice ”