Home / Editorial Monthly Focus / Caregiving: How To Lose Everything By “Saving Money” (Part 2) 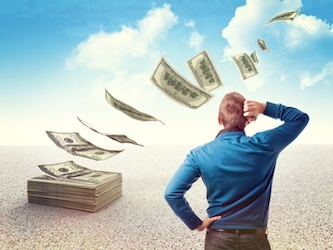 Tom and Helen Conway were the storybook American family.  They had wonderful children, a beautiful home, great incomes and a beloved live-in housekeeper/caregiver named Greta, who had been with them for more than eight years.

All that changed, however, one day when Greta confronted them about what she had learned when she visited a website that she had seen advertised on late night TV.

Greta told them, “Two weeks ago when I was watching TV in my room one evening, I saw an ad for a website called FairPayForCaregivers.org.  The ad said that the website offered information and tips for caregivers.  At the bottom of the home page, it said that it was published by a law firm.”

Hearing this, Tom and Helen began to be concerned.  Helen asked Greta, “That’s interesting.  What did you do?”

Greta replied, “Well, I visited the website.  It was great.  It had lots of helpful caregiving tips and suggestions.  There was also an information request form where you can sign up to receive more information.  I decided to sign up, and I filled out the form.  The form asked for my name, mailing address, cell phone number and email address.”

Greta continued, “What happened next surprised me.  The very next day I got a call on my cell phone from a lawyer at a law firm that specializes in helping caregivers who haven’t been paid correctly according to the law, by suing their employers.  She asked me a few questions about my work and my pay here, working for you.  “

By this point, the Conways faces were ashen.  “Then what happened” asked Tom.

Tom and Helen were surprised by this and by the unexpectedly adversarial turn that the conversation seemed to be taking.  In fact, they were feeling a little offended.

To be fair, they had to admit that their arrangement with Greta had been very convenient for them, and certainly very affordable, but they hadn’t ever thought of themselves as being Greta’s employers and having to follow the labor laws.

In fact, Greta had always seemed to be very cheerful and grateful for the opportunity to work for the Conways.  She had seemed like more of a family member than an employee, so this new turn of events was a very unpleasant surprise.

Initially, they responded with warmth and love, appealing to Greta to remember how both they and Greta had enjoyed their arrangement and had become very close.  They suggested that those who had told Greta about all these things were just stirring up trouble for no good reason. Tom said as much, telling Greta, “Gosh, I thought that you were satisfied with the pay and the room and board that we were giving you.  You never told us that you weren’t satisfied or were unhappy.”

Surprisingly, Greta resisted their affectionate approach and became a bit more assertive and confrontational.  She shrugged her shoulders and said, “Well, I was happy, until this happened.  But my lawyer told me that it doesn’t matter whether or not I was satisfied.”

By this point, Helen and Tom were both aghast, although they tried to hide their feelings.  Both of them had noticed the subtle shift in Greta’s language, changing from, “…the lawyer…” to, “…my lawyer…”

That was the moment when they knew that they were facing big trouble.  At that moment, though, they still had no idea how much trouble lay ahead for them.  But they would find out just how much trouble, very soon.