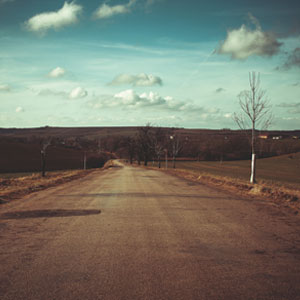 by Ira Brower~Oftentimes unintended results can occur when people divorce and remarry without considering the consequences to their current estate plan.

Let’s use an example of a husband who died with a very large 401k Plan. He assumed that his new wife would be the primary beneficiary of this 401k plan. Unfortunately he never changed the beneficiary with his employer when he re-married. The first wife was the named beneficiary and was entitled to it all!

Another example of an unintended result: A successful man, the sole owner of a multi-generation family business, marries an older woman. He never thought for a moment that his new wife would survive his son who was much younger than the new stepmother. The husband’s plan was to arrange for the new wife to receive income from his assets through a trust under his Will when he died.

Then, upon the subsequent death of the wife the trust would terminate and the assets would pass to the son. He also planned to do succession planning for the business keeping the business in his family. Unfortunately he never got around to revising his Will or attending to the succession plan because he and his son died in a car accident. Now, his new wife and her family are running the business even though there were other family members of the father that could have succeeded his son.

One last example: Two divorced, financially independent individuals marry. They each have children from their first marriage. When they met with an elder law attorney to prepare new Wills, the plan was to provide for each other’s children in addition to their own children when the first of them died.

In order to try and avoid these situations you must be sure to incorporate your new marital status into your existing or new estate plan.

In the first example, you need to be sure that you have dissolved all financial relationships to your former spouse. If you recall in one of my prior articles in FamilyAffaires.com, I explained that your Will can only distribute assets that are in your name alone at death. Even though the husband in the first example prepared a new will leaving everything to his new wife and son he failed to take into consideration assets that pass outside of the Will. For example, assets passing outside of the Will are the assets titled in joint name or payable upon death or have a beneficiary designation that distributes assets directly to another individual, such as the 401k plan.

Be sure to plan to protect your own children while providing for your new spouse. It may not make sense to give your new spouse any discretion in managing or distributing assets that you want your own children to have. If you are financially independent and you want to provide a benefit for each other’s children in addition to your own, you may want to transfer assets to an Irrevocable Trust managed by an independent trustee to assure that neither of you can change the terms upon the first of you to die.

Also, if one spouse is financially independent and the other is not, then you should think about establishing a trust. A living trust or a trust established in your will can provide a benefit to the needier spouse for lifetime while assuring that the assets will ultimately be distributed to your children or others in your bloodline. Because life is uncertain please do not procrastinate in having a sound estate plan in place.

As part of your overall estate plan when divorced individuals marry, a premarital agreement is a good idea; not because of the thought of a future divorce but to set the guidelines in a relationship where each spouse has their own children. Usually the premarital agreement will define what assets each spouse brings to the marriage, but more important is to define how you each want your assets distributed upon death.

I hope this article provides some good food for thought for you.