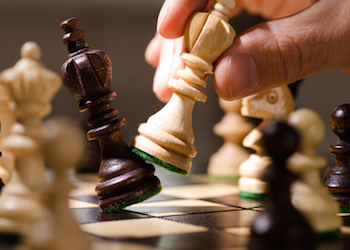 3 Easy Tips on How to Help Children of Divorce

Children of divorce do not have a say in whom their parent chooses to marry, especially if it was before he/she was born. Older children and teens often do have an opinion, but again, the decision is ultimately the desires of the adults. As a result, more times than I care to count, children of divorce are often in the middle of a heated and highly conflicted situation that they did not create.

In the US, researchers estimate that 40-50% of all first marriages, and 60% of second marriages, will end in divorce. Dr. William H. Doherty, noted marriage scholar and therapist, noted that there are some well-known factors that put people at higher risk for divorce. Dr. Doherty reported the following risk factors: marrying at a very early age, less education and income, living together before marriage, a premarital pregnancy, no religious affiliation, coming from a divorced family, and feelings of insecurity.

He stated further that the most common reasons people give for their divorce are lack of commitment, too much arguing, infidelity, marrying too young, unrealistic expectations, lack of equality in the relationship, lack of preparation, and abuse.

I see all of the above in some combination at my practice in working with families post-divorce or in the beginning stages. What saddens me so are the children who are often caught (or placed) in the middle of this very adult situation.

Healthy marriages are good for children. We know that growing up in a happy and safe home protects children from mental, physical, educational and social problems. And that children who observe high conflict and abuse and fighting in the home are often emotionally scarred as children and as adults in forging new relationships.

I offer the following three major notes in helping your children survive the family separation and/or divorce:

I could go on and on with advice and tips for a healthy divorce and separation, but there are great books and resources on the internet and in your bookstores about the impact of divorce on children. My goal here is to remind adults that this is not the time to be selfish or defeated because our children are depending on us to model healthy solutions.

Dr. Angela Roman Clack is a Psychologist and Licensed Professional Counselor practicing in New Jersey. Practicing in the field of mental health for over 15 years, Dr. Clack has developed a specialty in working with women with emotional and physical health issues as well as interpersonal/interpersonal distress. Dr. Clack is a Certified Women’s Empowerment Coach and Consultant. She seeks to empower and help women live their truest expression of themselves, embrace their imperfections, love themselves and to remove self-imposed barriers that get in the way of personal and professional success.