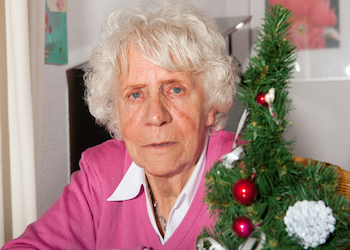 American culture is not just capital-ist, it is capital-centric. Our highest regard is given to people who are millionaires and billionaires, or who are in positions of power. And even locally, Americans are powerfully inclined to value the everyday humans around them by how much economic potential they appear to have.

If you are a strapping young man with a keen eye and a college approval letter, you are ‘headed up the corporate ladder’. If you are a hardworking (white or blue-collar, does not matter) middle-aged guy, you are ‘the breadwinner’.

Why this Is Not a Good Thing
Of course, there is a rather obvious downside to our capitalistic mindset for anyone who does not possess obvious economic potential. In some places, if you are of an ethnic background that is visibly non-white, it is often assumed that you are not making as much money as a Caucasian person would be in your place, which means you are less valuable.

If you are a woman, you are often paid less in the workplace. If you are disabled, most of society sees you as less valuable. Whether true or not, this is the basic assumption a stranger will make when meeting you for the first time.

Perhaps most reviled of all are the people who “choose not to work”. It does not matter if this is due to a new baby, because you are busy donating your time to a charitable cause, or because you have put in your years of hard work and have reached the age of retirement. Anyone who is deliberately not working is automatically worth less than someone who is working, or is trying hard to find work.

This is a recent development in terms of retirement. Just a few decades ago, a person who had “put in their time” and was retired on a pension was celebrated. They had effectively “won the game”. Today, many view them as a ‘drag on society,’ an expense to be minimized; and that is devastating to our nation’s elders.

What Else Besides Economic Productivity Deserves Your Respect?
These days, American culture does not teach much about respecting people for reasons other than their economic value. However, there are a myriad of respect-worthy elements human beings bring to the table, and which are deserving of celebration.

Self-Sacrifice
Perhaps the most obvious thing that humans do that is worthy of respect is to give their time, effort, attention, talent, and care to an activity, group, or person that does not offer anything tangible in return. Whether it is a hobbyist who perfects an obscure and extraordinary skill for nothing but the joy of being able to do it, or an activist who fights for the rights of a group they do not belong to, or a neighborhood kid who will mow your lawn just because it needs it, people who give of themselves without asking for anything in return deserve a vast amount of respect.

Wisdom and Experience
In the Information Age, it is easy to forget that just a couple generations ago, the only real source of relevant, “street-level” real-world information was other people. Sure, you could read all about pickling watermelon rinds in the Joy of Cooking, but you would never be able to do it the way Grandma did if Grandma was not around to show you the ropes.

Connectivity
People in the Information Age have started to view ‘connectivity’ as a business asset; for example, those who have lots of followers on various media channels are recognized as “movers.” But the value of knowing someone who can connect you to others that are normally beyond your reach is far greater than just a business asset. In fact, in the upper echelons of American society, connectivity, not money, is regarded as the most important currency a person can bring to the table…and you do not have to have money to be well-connected.

Perspective
Sometimes, another person can offer you something above and beyond ‘just’ experience or wisdom. Sometimes, you meet someone who sees the entire world differently, and can communicate their perspective to you. These are the people who change lives, the greatest teachers you can find, whether that person is your aging father, or a stranger you shared a single cup of coffee with and will never see again.

Love
Whether it is a local religious leader whose zest for life and sunny smile lifts your heart every Sabbath, a significant other who nudges you toward greatness, or yes, your very own Mom, someone offering you their love is the ultimate reason to offer them your respect. Love is the single greatest give anyone can give another human, and in fact, it is the primary reason we celebrate the holidays in the first place.

This Christmas season, take a few minutes to sit down and consider the people in your life that are not necessarily “valuable” in the modern-capitalist sense. Figure out what they bring to your life and what you respect them for, and tell them. They deserve it.