Home / Divorce / Co Parenting / Co-Parenting Through Divorce, Yes You Can…. 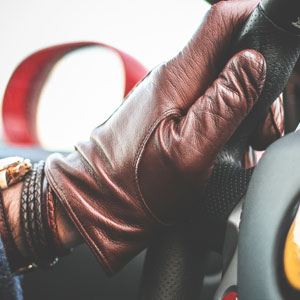 by Dr. Vicki Handfield~Co-parenting in divorce? You say, of course I can do that! Then reality sets in. What gets magnified? The fundamental belief that my way is superior. We all believe that, all the time. We can be a bit flexible when we’re calmer.

We have all experienced times of shock, realizing that someone else’s idea is better. Even when couples see each other’s ways, it’s often very surprising to see a better alternative. Mothers-in-law can even provide wisdom, it just doesn’t get talked about.

But when emotions run hot, we dig our heels in and cling to our own ways. So how to override this tendency? Other than waiting for enough time to go by, so some calmness arrives?

Mindfulness, self observation, and the desire to spare your children from even more misery while going through the landslide of divorce. Allowing the full realization that the process is very destabilizing, even for children who will say it’s for the best.

The majority of parents engage in massive denial when it comes to what the unfolding horror means to the children. This is partially due to how upset and overwhelmed they are, and largely due to anticipated guilt if the child is seen as upset. Children read very accurately what the parent’s needs and desires are, and adjust their attitudes. Children know extremely well how to hide their real feelings.

Parents need to be willing to hear and see very uncomfortable stuff, if they want to really engage with their children. They also need to know how to respond without bringing too much of their own beliefs and feelings into the conversation, which is excruciatingly difficult. If you can’t do this yet, it’s better to leave well enough alone for the time being. You can apologize for it later.

When you are ready, your child is likely to resist for awhile, not being sure of your real intent. At this point, it’s hard to be patient. It helps if you remind yourself that you are attempting to give your child something that most of us never had, and it’s a major gift, actual communication about the most intense personal experience, the chance to know that others have similar perceptions and feelings. Something we usually don’t get to know until much later, when it’s helpful but must be relearned many times before it sinks in.

Think it over, write about it in a personal journal, talk it over with a really good friend who’s been through it, or find a therapist who can help you sort it out. Then talk with your ex.

Dr. Vicki provides personal development coaching in Health and Wellness and Business Behavior Modification; for more than 25 years, she has been a clinical psychologist in private practice. Dr. Vicki works with people individually, in relationships and families as well as groups, in her office or by phone/webinar/skype. Dr. Vicki deeply enjoys helping people to grow in naturally exciting ways; learning to live passionately and compassionately is a beautiful, challenging and constant process. She often will share her own struggles with clients, as an aid to working together and as a comfort – we all have struggles in life, which can be very difficult as well as very joyous. www.burlingtonclinicalpsychology.com

END_OF_DOCUMENT_TOKEN_TO_BE_REPLACED

One thought on “Co-Parenting Through Divorce, Yes You Can….”