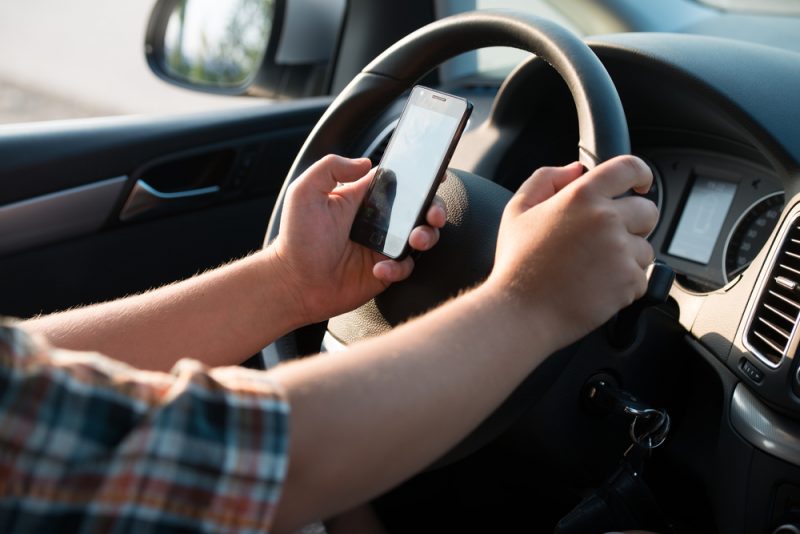 It’s not just about texting!

My husband nearly killed us recently while driving distracted! Fortunately – very fortunately – the drivers of both big trucks that could have hit us, were paying attention and didn’t move as hubby barreled through the intersection on a red light! We all got to go home that afternoon because others were observant and driving defensively.

To be fair, my husband Mark (not his real name) is a very good driver. Rarely speeds. Doesn’t tailgate. Uses turn signals. But on this occasion, he was immersed in his own world, mentally preoccupied and completely oblivious to his surroundings. Driving as if on autopilot!

On that fateful afternoon, we were going to the medical records departments of 2 local hospitals. My husband’s adult son died 18 months earlier under suspicious circumstances related to prescription drugs. Mark needed copies of his son’s medical records for legal purposes.

Knowing the deep emotional nature of his mission that day, I offered to tag along, keep him company and run a few errands myself. He mapped out our travel circuit. First to the bank for me. Next the car wash, again for me, and then to one of his hospital stops.

A little too late, I looked up to notice the traffic lights change from yellow to crimson as he plowed ahead through a very busy intersection without slowing down.

“The light’s red!” I screamed.

Mark slammed on the breaks but as he was well underneath the traffic lights, it made more sense to just keep going.

“What just happened?” Mark pleaded! His face was devoid of color. He was in shock. Stunned. Confused. As I briefly explained his monumental mistake, I offered to drive, but he quickly returned to the present. Then I noticed in my side view mirror the massive gravel hauler turning in right behind us, so very grateful he hadn’t done a rolling stop.

Driving distracted doesn’t just encompass juggling one’s phone while texting, supervising the kids or shaving. Distracted is defined as “unable to concentrate because one’s mind is preoccupied.” Clearly my husband was deep in thought reliving every nightmare leading up to his son’s passing and the brutal fallout after. To describe his driving as just distracted is an understatement! He was completely detached.

At the hospital he humbly admitted he had no idea what he had done. Even later he couldn’t retrieve the specifics, imagining a different intersection etc. Coincidently as we proceeded on our errands, I noticed a billboard and an electronic sign that read: “Distracted driving hurts everyone” and “Don’t Drive Distracted!”

Although I commend public service efforts to alert drivers to stay focused, the reality is someone driving preoccupied doesn’t even see the informational messages, let alone process and heed them! By definition, they don’t notice their surroundings and can’t self-correct their perilous behavior.

Think before you start the car!

Kids in driver’s training are drilled about the responsibility of being in control of a 2 to 3 thousand-pound vehicle of freedom or weapon of poor judgment. Experience hones one’s ability to assess other drivers’ behaviors in nanoseconds, anticipate sudden lane changes, stops and more. But experience may also lead to complacency when seasoned drivers are on auto-pilot.

Laws help to protect the public from drunk or careless drivers or those under the influence of brain alerting or illegal drugs. Blood tests etc. objectively document the offenders’ alertness or lack of. But someone distracted by stress, their attention deeply preoccupied elsewhere are just as reckless.

Think before you drive!