Home / Aging Family Members / Dementia Discovery: We Had Cause and Effect Backwards 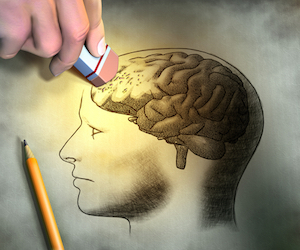 There is a common refrain in the sciences: “correlation is not causality.” In other words, the fact that two things happen to correspond does not mean that one causes the other. This concept is easy to understand when the two things that are being charted have nothing to do with one another (such as per capita cheese consumption and death by bedsheets), but it is a lot more difficult when you are talking about two things that seem closely related (such as cholesterol levels and heart disease).

Attributing cause-and-effect where none exists is just one way scientists can get things wrong when strong correlations are discovered. What is more damaging to our understanding of a given situation is when we get the causation completely backwards. This seems to be the case with our recent understanding of dementia and inflammation.

For decades now, medical science has operated on a basic assumption about dementia that there was a specific order of events starting with the buildup of proteins in the brain, which in turn caused both inflammation in the brain and dementia (or Alzheimer’s disease). However, a new study from Human Molecular Genetics shows that inflammation is in fact “likely, a principal underlying cause in most if not all neurodegenerative diseases.“

The study’s author is able to say that because the study has shown a distinct causal mechanism that starts with inflammation and turns into dementia. That casual mechanism is genetic; specifically, the study showed that the genes that we know are correlated with dementia also cause a specific kind of problem with inflammation.

In most cases, inflammation is a natural and desirable part of your body’s natural response to an injury, illness, or other problem. In the short-term, in response to one of those issues, inflammation is beneficial because it brings with it improved blood flow, including a load of lymphatic fluid and white blood cells that are necessary to ‘clean up’ anything that should not be in the body in the first place.

When inflammation sticks around for a long time, however, it causes a huge number of problems. The reasons why are a bit too complex to go into detail about, but it is enough to know that if your body stays inflamed for a long time, it can cause:

The inflammation ‘problem’ mentioned above occurs when cells, due to minor mutations that naturally occur as a part of life, start to produce proteins and other products that do not carry properly-formed ‘markers’ identifying the product as part of your body. These ‘unmarked’ products build up in everybody as we age, and eventually, everybody experiences a tipping point at which time their system starts to attack these unmarked products as though they were external invaders. At that point, because the body is attacking its own products (and still producing them while attacking them), you have an ‘auto-inflammatory’ disease.

The genetic link that the study discovered is that the genes we know correlate with dementia turn out to be the ones that, when expressed in a certain way, cause the body to start attacking those ‘unmarked products’ much earlier than it otherwise would.

Of course, one study never counts as ‘good science,’ because science as a whole reaches conclusions only when a lot of evidence builds toward the same goal. Fortunately, this conclusion is one that has been a long time coming.

For example, we know from experience that it is possible to create dementia-like neuron death without the normally-associated buildup of proteins as long as you remove a specific regulatory gene, which in turn causes easily-detectible inflammation in the brain. This reinforces the idea that the proteins are a side effect rather than a cause of the dementia itself.

Further exploration of the function of that regulatory gene showed that even if you removed the gene from a mouse, almost all of the mouse’s nervous system was unaffected; including the ‘mammalian’ and ‘reptilian’ parts of the brain responsible for the automatic parts of life such as breathing and sleeping. Only the cerebellum (the part of the brain that provides the ability to think) suffers from massive neuron death in the absence of that gene.

The new theory is that, in people that are more susceptible to dementia, that gene is not absent, but it is expressed in a way that causes it to regulate less. This, in turn, means that the inflammatory process of attacking those ‘unmarked products’ is regulated less…which means an earlier onset of dementia.

The good news here is that a new theory on the causality of dementia means new opportunities to treat it. Our current round of medications designed to eliminate the protein buildup have failed to reduce dementia, and now we think we know why.

It is up to medical science now to come up with some ways to help our brain regulate its own internal cleanup system, even if that specific gene is not expressed strongly. If we can do that, we will see dementia be relegated to a condition that only occurs in persons who are extremely old, maybe even older than our current maximum lifespan of 120 or so years. Wouldn’t that be great?

END_OF_DOCUMENT_TOKEN_TO_BE_REPLACED

One thought on “Dementia Discovery: We Had Cause and Effect Backwards”