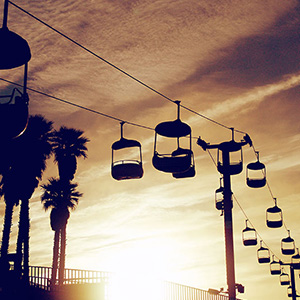 by Bev Borton~
Is the term dementia or Alzheimer’s in your household vocabulary?

A dear one with symptoms of dementia or Alzheimer’s creates a circumstance beyond our control that forces a change in our relationship. One thing is certain; things will not be the same.

This is a good time to recall how experienced we are at weathering life’s transition. As our children became adults, we learned to relate to them in a different manner. When grandchildren came along, we changed again, adjusting in our new role as grandparents. Perhaps an adult child took a position far away or across the world, yet we managed to alter our way of “being” with them.

If a family member now works nights, we shift again to manage communication and household routines. Granted, some changes are less joyous. A divorce or remarriage will necessitate a new way of relating to family members. A family member arrested for a crime or involved with addiction challenges us to express our love in a different way than we did before. Whether joyful, or not so joyful, disruptions to the status quo call upon us to adapt in our relationships. This is not new to us.

For years before he was diagnosed with Alzheimer’s my father-in-law was known for his stock observation on the pageant of life: “Nothing stays the same forever”. He lived long enough to serve in WWII, marry, raise three kids, see them marry (twice each), relate to his grandchildren, survive the death of his wife, and lose every last friend and colleague.

His living conditions transitioned in stages from independence to total dependence. Dependence began when he readily gave up his car keys, determining it was time. He accepted most of life’s changes with grace and was still humming happily until his passing- pleased with his location, comfortable and well liked by the caretakers in his nursing unit.

Certainly, not everyone reacts the same given his circumstances. The greater point here is that we have a choice to make a habit of embracing change, or resisting it- Will we make this a misery? Or will we make the best of it? Will we allow the destruction of a relationship or build a new one?

Building a new one can be done on the foundation of the old one. Consider the personal changes we will make to be part of the treatment. Let’s accept them for who they are becoming. Let’s also accept ourselves for who we are becoming.
Who is the new person with dementia? We can pay attention and learn. We should focus on what the person can do, not what is lost. What are they enjoying? What delights them now? How can we still connect?

According to John Zeisel, who wrote the book called “I’m Still Here” and who’s site about Alzheimer’s , we may have to change the way we say hello, by including our name. We may have to change the topic of conversation based on the context of their day. An accounting of our day would be more about conveying an attitude or mood. Including props to jog their memory or illustrate a point, such as pictures, may be useful. In the course of a conversation, we may have to insert triggers to bring forth memories we think might connect them to what we are saying. How they feel about something instead of testing their memory for details or facts is more important. Mr. Zeisel says the goal with our loved one is to be present with their own memories and emotions.

Who are we in the new relationship? This is a gift in disguise for us as well, to see who we can become. How nimble can we be in the face of change? How loving will we allow ourselves to be to others and to ourselves?
Unmanagable burdens are NOT what the new relationship is about. By adopting a healthy attitude about change and love that includes ourselves, we can release our old definitions of how things have to be, seek and accept help, and continue to embrace life’s transitions with grace.