Home / Editorial Monthly Focus / Despite the Drama, Family is Important 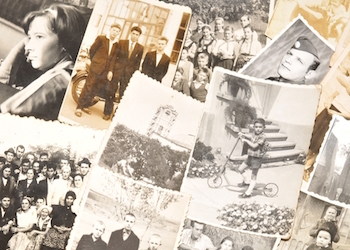 Even if your family drives you crazy, be grateful you have them.
I miss mine especially at Christmas

I have twin daughters, now grown. Years ago, when they turned 13, my mother sent me a condolence card! On the cusp of stepping into, and hopefully not drowning in, the unchartered waters of being a mother of teenagers, I was reminded of my less than stellar behavior once too.

Fast forward to the present, now 25+ years later. My girls are in their mid thirties and have well established lives of their own, one local and one several states away!

The one I would have killed in high school, you know the one: wouldn’t talk to you if your hair was on fire; replied “I don’t know” to everything; interpreted curfews as ‘suggestions’ and defied them constantly just to test my resolve, did grow up.

Despite years of mouthy disrespect, she matured into a patient lovely woman and mother of my three young grandchildren, one of whom is a girl! Paybacks! I’m sure my mother had the same sentiment times two.

Unless someone in your family is seriously psycho-nuts, try to accept their quirky behaviors.

If you want to selectively saw off branches of your family tree, you’re not alone. And upcoming holiday get-togethers artificially force otherwise feuding family members into the same space compounding seasonal stress.

Sadly my daughters don’t get along with each other very well and admittedly one daughter doesn’t appear to want a more amicable relationship. They haven’t overlapped at the holidays for years. Although Christmas celebrations are smoother with less alcohol without both in the same room, the real loss is mine. I want to enjoy both of the girls I raised together at Christmas, not separately!

My husband hasn’t spoken to his brother in years. My girlfriend longs for a warm fuzzy relationship with her sister to the point of smothering her. Another girlfriend has distanced herself from her sister after their disastrous fallout regarding funeral arrangements for their mother. And my cousin felt so hurt when her brother trivialized her role on behalf of their mother, my aunt, she has written him off.

At least they still have them.

Truthfully their behavior and the rationalizations they give for severing ties with their siblings, seems a little trivial and makes me a little nuts. At least they still have them. I’m not naïve to the fact that sometimes the dynamics between family members are horrific and unredeemable, but those extremes are rare.

My brother and I couldn’t be more different: the intellectual, engineer brain, non-stop chatter box without kids and me, the Occupational Therapist, mother-of-twins, artsy type, professional woman. We were friendly but not close. When he died in 2004 at only 57 years of age, my world did not collapse from his passing. I defaulted into hover mode to protect my mother from further pain and loss.

It was my mother’s journey through Alzheimer’s that completely derailed me. I especially remember longing for my brother’s ear, a sounding board to run ideas by or a familiar voice to validate the difficult decisions I constantly had to make. But he was forever gone and short of a Medium intervening to connect us, I was very alone and felt the weight of life impacting choices.

For Some: Lower Your Expectations and Pass the Mashed Potatoes.

The Exception: Draw the Line but Take Ownership of the Decision.

A very gracious, family oriented friend of mine recently put her foot down, vehemently refusing to allow her father-in-law, a drunk, nasty curmudgeon of a man, to ruin yet another Christmas for everyone else! I was surprised too to learn that her husband, the man’s son, was on board as well. Apparently they’ve hosted “Dad” for the last three years with disastrous results.

She’s fed up that her children, their spouses and extended family who travel to be with each other and celebrate the spirit of Christmas, are subjected to the Father-in-law’s habitually nasty demeanor.

I’m totally on board with this one! One “person” does not have the right to repeatedly ruin special events for others especially when the offender has been approached many times as apparently this curmudgeon has.

Pick and Chose Your Battles

Family dynamics can be very difficult and strained. If you can make a go of it and include everyone once or twice a year at the holidays, especially Christmas, go you! If, conversely one selfish person habitually destroys a blessed fun event, consider alternating the years you include them.