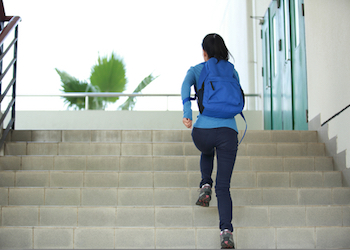 A college freshman told me that his parents thought they were doing everything right by waiting until he left for college to divorce and sell the family house. “But my first visit home from school was terrible. My father was living in a small apartment. My mother had moved in with a new man,” he said. “I felt like, did my childhood even ever happen?”

Parents often don’t divorce and sell the family home until the youngest child goes off to college. But sometimes all those changes in a child’s life – starting college; losing a childhood home; dealing with their parents’ divorce – bring too much upheaval at once.

Divorcing parents can make a child’s start at college easier:

Children go off to college excited by the prospect of a whole new life and their first taste of independence. But just because they aren’t living home, doesn’t mean they are ready to handle the emotions of having their childhood home split in two. You have to send them the message that even if you have separated as spouses, you will always both be loving parents.