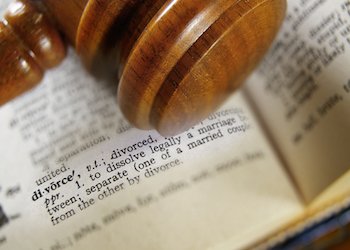 There’s nothing like Divorce Court to make you realize that entering into the court system is purely a crapshoot.

A client recently sent a text informing me that she received an email from her attorney to let her know that her ex-husband had filed for FULL custody of their four children! No specific reason given. My client responded that this would be hysterical. I replied that this would be an emotional drain. Who wins when parents attack one another and custody is decided by a stranger?

Another client went to court to have equitable distribution decided by the higher powers. They were ordered to divide their assets 50/50. The judge wasn’t concerned about who wanted what – their things were split equally down the middle. The judge gave 6 Waterford wine glasses to the wife and 6 Waterford wine glasses to the husband. The husband had no interest in the Waterford. The couple spent thousands in legal fees arguing over the easily replaceable and unwanted Waterford.

A client was summoned to court to ask the court’s assistance in deciding custody because one of their four children was performing sub-par academically, as determined by one parent. At the hearing, it was brought to the attention of the Judge that a Christmas card had been sent out with the Mother’s maiden name printed under a picture of her kids. She was accused of parental alienation and “punished” by losing one day of custody EVERY week.

A client felt pressured by the attorneys to reach an agreement with her husband. She signed the Separation Agreement in an effort to “finally end” things only to discover months later that she had foolishly left assets and issues unresolved on the table. With the signed agreement, there was no recourse in changing the outcome.

Another client took her case to the Supreme Court to have a custody issue changed. She had appealed to two lower courts who weren’t able to make a decision. She was forced to take her issue to the Supreme Court. She “won” and the parent coordinator was removed from her case but the total cost in legal fees was $400,000 and years of litigation that sucked the emotional well-being out of her and prevented her from successfully moving forward.

My suggestion is to create a solution that works in your situation given the parties involved. Exhaust every alternative to dispute resolution.

Incorporate the Serenity Prayer as part of coming to terms with settling your case.

Can I add?? And to do whatever you can to stay out of court!

END_OF_DOCUMENT_TOKEN_TO_BE_REPLACED

One thought on “Divorce Court, It’s a Crap Shoot!”