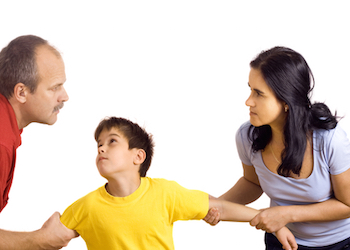 Divorce mediators know what the Bible’s King David knew – a judge should not be the person who decides how a child is divided between his or her parents.

But parents going through a contentious divorce are sometimes angry enough to want to fight in court to obtain custody of their children.

Aside from King David’s opinion, there has been research that proves that a party who spends just a few hours mediating  their divorce instead of fighting over custody in a courtroom can have a profound and lasting affect on the well being of their children for up to twelve years.

Dr. Robert Emery, PhD, a professor of psychology and director of the Center for Children, Families and the Law at the University of Virginia was quoted an article in The New York Times as saying it makes no sense that a judge ends up holding decision-making authority on how we raise our children.

He also added: “In a 2001 randomized study of child custody conflicts, I compared litigation and mediation, and found that six hours of mediation caused huge improvements in family relationships a full 12 years later.”
Twelve years is almost a child’s entire childhood. Devoting six hours toward mediating your divorce can benefit your child today, tomorrow and for years and years to come.

In mediation, when devising a parenting plan, parties are encouraged to consider such things as:

A marriage may not last forever– but a family is forever. When you discuss co-parenting post divorce, you state your expectations, how to parent around your schedules and lifestyle, but more importantly, you focus on your children, which is ultimately benefits not just the Children but you both as parents.