Home / Divorce / Divorce: Help Your Child By Helping Yourself 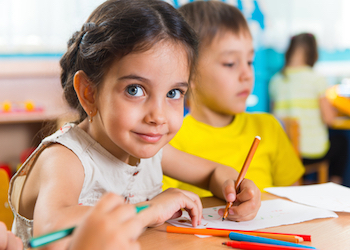 “There’s nothing wrong with my son,” the father in mediation shouted. “And now strangers are telling me to get him tested. I’m not getting him tested!”

“See what I have to put up with! The man won’t even do what’s best for his own child,” the mother said to me.

The two parents who had this argument were referred to me by family court to mediate custody issues concerning their only child, James. They had been fighting in court over a year regarding which parent should have legal custody of their child – which in New York State means having final say regarding their child’s education, religion, medical, and extracurricular activities.

It quickly became apparent in the mediation what the real issue was. James, eight years old, was lagging behind other children with his reading skills. His teacher had suggested the parents have James tested because she suspected he had a learning disability. But the father didn’t want to hear that.

The first step any parents must take dealing with a child who might be special needs is to make sure the child is properly diagnosed. But this can be difficult, not just because it’s hard to ensure a parent picks a professional who will give a competent diagnosis:

But also a parent needs to come to terms with the idea that mom or dad might not like hearing the results of the diagnosis – that your child has learning difficulties.

In mediation, I helped these parents unpack their concerns.

The parents’ biggest fears for their child: The father confessed that he believed if James were learning-disabled, he would never learn to read. I told him about the Pulitzer Prize winning poet, Philip Schultz, who had overcome dyslexia. The father was completely taken by surprise!

Should parents educate themselves about learning disabilities before they have their child tested: The mother thought this was putting the cart before the horse. She wanted to find out if her son had a learning disability before she educated herself about the issue. But the father now thought that the more education they had, the better they could judge which professional should test their child. The mother accepted the father’s viewpoint – that diagnosis and education went hand-in-hand. The father suggested they talk to parents with special needs children and buy books about choosing the right professional to evaluate a child. The mother said they should speak with their priest who counseled families with special needs.
How best to pick a professional to test your child: The obvious answer wasn’t comfortable for the father – which was go to their son’s teacher for recommendations. We brainstormed other available options. The parents decided to receive referrals from their family doctor and parents of special needs children in the school and their church.

The expression, You can’t change what you won’t admit – is the lesson every parent needs to learn if they are to help their child who potentially has special needs. By the end of the mediation, the couple had a game plan they were both comfortable with in following up on the teacher’s concerns for their son.