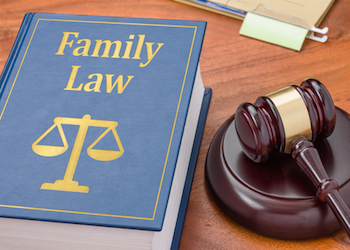 The U.S. legal system can seem like the Wild West — sometimes bewildering and sometimes cruel. Although there are endless details and nuances, the logic behind our legal system is rather simple. This article is meant to shed some light on the structure of our legal system and how it might impact decision-making in your life.

Most countries in the world, including ours, make use of two categories of laws — case law and statutory law.
Statutory laws are the written statutes, codes, and directives issued by various government agencies — laws passed by federal and state legislatures, administrative agencies, or city councils. These are the ones we are most familiar with and think of as ‘the law.’

It is the job of the courts to interpret these written laws, and to apply them to specific situations. Judges often write written explanations of their decisions. They will look to see what precedents have been established by judges deciding similar cases before them, and then determine how those past rulings apply to the present situation. This is called case law. New decisions made by appeals courts and other courts mean the law is constantly evolving.
When someone goes to court to resolve a dispute, the judge must consider the case in front of her and consider several factors in her legal reasoning:

For example, if a judge is making a parenting determination, they will determine:
The issue is whether the child should live with one parent or the other, and how much time he should spend with each parent.

The relevant facts are those relating to the child’s wellbeing – e.g. how old the child is, the nature of his relationship with each parent, his overall health, how close the parents live to each other, how well they get along with each other, whether there are other siblings, where the child goes to school, the child’s wishes, etc.

Family law is generally state specific, and is intentionally broad, since each family’s situation is very different. In addition, there is a large body of case law reflecting the decisions of prior judges on decisions like this. The standard a judge must use is generally to determine what is in the child’s best interests. It is usually the petitioner who has the burden of proving their case, either with a very high standard (e.g. beyond a shadow of a doubt or by clear and convincing evidence), or not quite as strictly (e.g. by a preponderance of the evidence). The judge must decide whether the petitioner has met his or her burden of proof.

Finally, the judge should look at each of the relevant factors and analyze how they apply to this situation. For instance, she might make one decision if both parents are equally committed and have similar schedules, and might make a different decision if one parent has mental health issues or has problems with substance abuse.

People often come in to my office to ask me what the law is about a particular topic. They expect that the law is clear, and that things are black and white. But the truth is that in many areas, including and especially family law (which is my area), the law is all shades of gray.

In my experience, judges may lock in on a fact I thought was hardly relevant. The whole case may turn on something a witness says, or the way one of the parties acts in court, or a new fact may emerge that there was no way to know when you started out.

Judges often have wide discretion, and the laws change with the times. And so, while there may be a range of norms or of possible outcomes, there may be no clear answers. This is the beauty and the frustration of it. One thing that I have learned, particularly practicing family law, is never to be surprised. In other words, going to court is always a bit of a gamble.

It’s almost never clear cut – but then again, there is certainly a standard and a structure that judges use to make their decisions.

Joy S. Rosenthal, Esq. is an experienced, caring New York City-based Family and Divorce Professional Mediator and Attorney. Joy founded Rosenthal Law & Mediation in 2006 to use both law and mediation as a tool to help families as they move through transitions. Her services include Divorce Mediation and Elder (adult sibling) Mediation, Adoptions, Collaborative Divorce, and representation in custody and visitation disputes. She also offers wills and estate planning. Visit Joy at www.joyrosenthal.com.