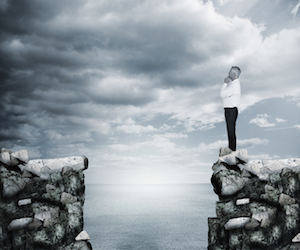 According to Malcom Gladwell’s book with the same title, “The Tipping Point is that magic moment when an idea, trend, or social behavior crosses a threshold, tips, and spreads like wildfire.” I often ask clients what was their tipping point that ended their marriage and each answer is unique.

Most marriages don’t end on the amicable note that we’re lead to believe. There’s a tipping point that’s experienced by one or both parties. A tipping point often spreads like wildfire.

It’s recommended that your divorce not start out like wildfire. Even though you experience a tipping point to mark the end of your marriage, be thoughtful on your approach. Leave the great ideas to spread like wildfire.