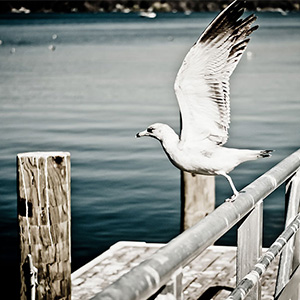 by Tara Eisenhard~I recently completed a course in Family Mediation. Of the eighteen attendees, I was the only one who was not a lawyer. In the beginning, I felt terribly out of place.

On Day One, a woman asked our instructor, “What business does a person have practicing Family Mediation if they aren’t an attorney who specializes in family law?”  The answer was simple, “A mediator isn’t there to give legal advice. A mediator’s purpose is to facilitate productive discussion to help people reach an agreement.”

The answer was met with shaking heads. I felt like I was in a shark tank and I wanted to disappear. What would happen when they found out I wasn’t one of them? The lawyers went on to express their confusion about mediation…

“How can people agree to divide their assets without knowing their rights?”

“How can I help them if I can’t give them suggestions and advice?”

“I feel like these people should have to see an attorney first.”

Their mindsets were locked in Lawyer Mode and it was hard for them to embrace a concept that contradicted years of work and training. I understood where they were coming from, yet on a very personal level I was offended by their attitudes and approach to the divorce process.  You see, when I got divorced I never came face-to-face with my lawyer. I didn’t want to meet him, and I didn’t need to.

When my ex and I decided to separate, we were very honest with each other. Instead of holding on to anger and resentment, we openly admitted that our marriage wasn’t working. We were two very different people and we weren’t suited to spend the rest of our lives together. It was as simple as that.

At the time, I wasn’t aware of divorce mediation. I knew what most people know about divorce: each person is supposed to get a lawyer and then you pay other people to work out the details so you and your ex never have to speak again. But my ex and I didn’t mind speaking, and so we came to our own agreement.

At a Chinese restaurant, we sat down and discussed our next steps. I wanted to take the dogs, and he agreed that he worked too much to care for them. I knew that I couldn’t pay the mortgage on the house, so I agreed to move out. I had a good job and was capable of taking care of myself, therefore I didn’t want any support from him. The computer was mine, but he used it for his business. He offered to buy me a new laptop instead. The business, though my name was attached to it, was his, and I couldn’t in good conscience take that away from him. Our discussion was civil and even friendly. When we finished, we both felt good about the agreement we made.

After that, we separated. I moved out and signed away my half of the business. He helped me move and bought me a vehicle to replace the company car I’d been driving.  About six weeks after our discussion in the Chinese restaurant, I called a lawyer. “I need to file for divorce,” I told him.

“OK,” he began. “We’ll need to talk about your marital property” . “No. I just want to file for divorce,” I insisted.

He attempted to explain something about the division of assets, but I informed him that everything was already done. The only thing left to do was file the paperwork. He relented and agreed to send me some papers to fill out if I’d send him a check. About four months later, I received the divorce decree in the mail.

Countless people have scolded me for the way I handled my divorce, but I don’t regret it. Sure, I could’ve gotten a “better” settlement, but how much extra time and money would that have cost? The way we did it, I maintained peace of mind and was able to move on quickly. To this day I still have a decent relationship with my ex.

I wanted to tell my story to those attorneys in my mediation class. I wanted to remind them that not everyone can afford to pay a lawyer, and not all couples feel the need for external representation. I wanted to tell them how proud I am of the way my ex and I were able to divorce with dignity.

Eventually, I did share my experience with some of my classmates. And eventually, they were able to take off their Lawyer Hats and embrace the practice of mediation for what it is: an empowering alternative to the typical divorce.

Divorces are like diamonds: although they’re all the same, they aren’t really the same. If you’re looking to dissolve a marriage, consider your options and choose the one most appropriate for you and your family.

END_OF_DOCUMENT_TOKEN_TO_BE_REPLACED

One thought on “Divorcing the Divorce Tradition”