Home / Health Crisis / Eating Disorder Issues That Affect Us All 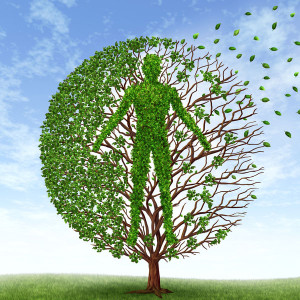 Having specialized in counseling people with Eating Disorders for over twenty years, it has been interesting to notice general shifts in cultural thinking and behavior.

That has been my personal observation as well. It may be significant that there haven’t been more studies done in the last few years, suggesting that the rates of the more severe types of Eating Disorders have indeed stabilized. Binge-eating disorder rates also appear to have stabilized.

Does this mean we are no longer in the grips of what we used to call an “Eating Disorder epidemic”? Perhaps, but that would be like saying that although young people aren’t smoking as much as they used to they don’t use drugs or drink either. And we all know that there is still a huge binge drinking issue in our culture. I think the problem has just shifted again.

The next shift I observed was a time when “cutting”, combined with Eating Disorder symptoms, was very prevalent amongst young people. I see this less now also.

This doesn’t mean that there aren’t many, many people suffering from these problems, but what seems to be an increasing issue for young people is a combination of “orthorexia” and an over focus on exercise. Orthorexia is loosely defined as the obsession to eat nothing but “pure” foods (paraphrased from Wikipedia). Education has taught us well about the importance of eating healthily and working out. And many young people have become determined to be superlative in these areas.

They gets lots of positive rewards for doing so, both at home and in the wider culture, and these rewards lead to more and more motivation to excel.

So, you ask, why is this a problem, or a potential problem?

“Exercise and eating well are both considered to be physically and psychologically beneficial to health, but exercise without limits and to damaging degrees can be harmful or become addictive”, as can being overly restrictive about the types of food we eat. (Also adapted from Wikipedia).

My clients who fit this profile also become depressed and anxious, because although they can be supremely healthy by cultural standards, inside they struggle with low self-esteem and dread “waiting for the other shoe to drop.” They recognize that obsessing too much about eating well and exercising also contributes to difficulties with intimacy and/or social isolation as well.

I see both male and female, young and old, struggling with these types of issues today. In therapy, when we are talking about their core beliefs, each one says, in his or her own way, “I’m not sure I deserve to be loved just for who I am: the good, the bad and the ugly.” They are afraid that if they lessen the intensity of their health regime they will turn to alcohol or become even more severely depressed or anxious.

Dean Ornish, the famous doctor who has scientifically proven that diet and exercise can reduce heart disease and increase longevity, also discovered through strict clinical trials that,

“…there isn’t any other factor in medicine – not diet, not smoking, not exercise, not stress, not genetics, not drugs, not surgery – that has a greater impact on our quality of life, incidence of illness and premature death from all causes than loneliness and isolation.” – See more at: The Ornish Spectrum.

He goes on to say, that it is the opposite of loneliness and isolation, love and connection, that are the single greatest factors in living longer, healthier lives.

Many of us are aware how much more competitive it is to get into college today than when we were young. And this element of competitiveness affects us all, both older and younger generations. In some ways it is motivational and that is good, and in others ways the competitiveness can isolate us from each other even more. Fifty year olds are congratulated heartily when they look thirty, which is good, but this implies that those of us who look our age are some how, “less than” those who don’t. Also, the fifty year olds who look thirty (or anyone who looks like they “have it all”), often feel disconnected from their peers.

There is so much intrinsic reward in our culture to look good, it can be easy to feel as though nothing else is as important. Kahlil Gibran said, “A wise (person) isn’t shaken by praise or blame.” I am often reminded of this because it is so easy to praise and blame and so easy to be shaken by them.

Be careful the next time you tell someone, “You look great”. You could be unwittingly supporting an eating disorder. And instead, consider a way you could open up, perhaps about something meaningful and important to you, in order to deepen the connection with your friend. Also, if the person who “looks great” shares a success or a problem, try and avoid the temptation to say or think, “but you have it all”. Remember, that at a core level, for our mutual benefit and survival, it is more important that we are connected, than that we are competitive.

It’s easy to understand how eating well and exercise helps us live longer because it’s quite a concrete ratio, but it is more abstract, and thus more difficult, to understand how developing deeper connections is actually even more necessary to our health. So, I understand why our culture focuses so much more on food and exercise than on love and connection in the attempt to help us all live longer, healthier lives. Still, science suggests we have it backwards! Let’s work on shifting this dynamic, one meaningful comment at a time.