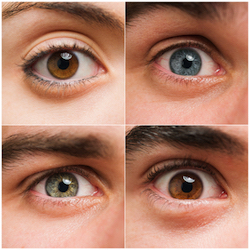 What Is Considered Trauma?

Since 1982 I have been called on to heal just about every kind of trauma imaginable to human beings – big and little. Today, the experts acknowledge that negative experiences of all types can effect people in life-long, destructive ways. Whether it is an affair, death, chronic illness, participating in the horrors of war, witnessing violence, any kind of abuse including verbal, its effects on a human being may long endure. These are the people who seek my help. They don’t quite understand why their lives are not happy, why their relationships are troubled.

As an avid learner, I was excited to see if EMDR would be something to add to my skills. I learned the technique from Francine Shapiro, the scientist who created the EMDR process. That was in 1991. The way in which I utilize this process transformed my practice and my clients who carried pain and its damage for years after their experiences.

How To Identify a Trauma

After the intensive training, I introduced the process to a woman who, as a youngster, had been sexually molested by her brother. They had continued the relationship over a long period, never having been caught by their parents. When she came to me, she confessed that her memories of that time became the fantasies that kept her aroused when having sex with her husband.

Why is this considered a trauma, you might ask. Logically speaking, they were kids. Don’t kids experiment? And, doesn’t it feel good to anyone when their genitals are touched? And, doesn’t someone’s attention make us feel loved?

Well, I believe we have a built in barometer that tells us when we are doing something that isn’t “right.” Also, when therapists take a sexual history from their clients, it is pretty typical that the earliest memory of their sexual awareness often becomes the fantasy or the actual type of sex that arouses them. In this case, the flashbacks to that earlier time, made her feel ashamed and distant from her husband. Her reactions qualified as a traumatic response.

What Are The Repercussions of Trauma​

Trauma, big ones and little ones, alter our information processing system. The stress from these experiences damages the person by creating low self-esteem, poor choices, inability to engage in deep emotional and sexual intimacy, rage, shame, anxiety, nightmares, flashbacks, dissociation and the list continues.

The residue from these experiences leaves people easily reactive in life as if they were frozen in the time of the trauma. They may find themselves in a state of fight, flight, or freeze. The accepted theory is that such self-references such as, “I’m not okay.” “I should have done something to stop it.” “I’m bad.” – the physiological and psychological reactions from trauma, are encoded in the “victim” during those highly charged negative experiences. These messages repeat themselves in their minds, easily triggered by things happening in the present.

What Is The Difference Between EMDR and Other Therapies Used With Trauma?

Other approaches such as Cognitive/Behavioral Therapy or Exposure Therapy, and others, may help over time; however, they take time and the client has to re-experience the trauma by repeating the story over and over.
This means they are exposed to their painful negative memories, over and over until the trauma no longer stirs any reaction.

This woman had been doing that for five years with a trauma therapist. Her shame was not going away. She was feeling like a bad person and was hopeless that she would ever enjoy that part of her marriage.

How Does EMDR Work?

After establishing a good connection with her, I quickly embarked on implementing the new procedure. I helped her create a peaceful place in her mind where she could go when stressed by anything that might come up. She did not have to relive or describe the details.

In those days, I used my fingers crossing in front of her eyes which stimulated an REM like experience similar to that which occurs in sleep. The belief is that by alternating stimulation to each hemisphere of the brain, we are facilitating consolidation of the trauma. At the same time we are extinguishing the long invasive feelings that accompanied it.

It worked! And, quickly. She was so relieved, and, I – well, I became a proselytizer for the efficacy and efficiency of EMDR. I integrate other methods such as Neurolinguistics, Cognitive/Behavioral, Emotionally Focused Therapy, – all the other therapy approaches we use for treating unhappy people, and I weave them like a tapestry into the EMDR process. I also teach coping skills for people to use in between sessions, such as Emotional Freedom Technique (EFT) and self-hypnosis.

It took a long time for any of my colleagues to jump on the bandwagon, and when they did, it seems they use it once in a while or when a client asks for it.

From my many years of empirical evidence, EMDR beats out all the other methods of treating unhappy people. Those methods are interwoven into the EMDR, bilateral stimulation, such as with vibrating tappers held in each hand, or tapping on the hands, or sound. As dramatic as this testimonial may appear, it is true. My own life and my work have been transformed because of it. EMDR therapy in the hands of a seasoned therapist is a life-changer. It takes experiencing it yourself before you can judge, and then, you too will become a believer.

Paula Susan, MSW, LCSW, Masters in Clinical Social Work & Psychology; specialist in Trauma and Relationships since 1982. In 1991, I integrated the powerfully transformative process of EMDR (Eye Movement Desensitization and Reprocessing). Research demonstrates that it facilitates life-altering changes more efficiently and effectively than talk therapy alone. I teach skills such as communication and anxiety relief to improve connection with others. Over the decades, I’ve come to respect how much damage even small traumatic experiences inflict on our core beliefs about ourselves and the world around us. I consider it a privilege to help my clients understand and change what has undermined their happiness and their relationships. I do it with warmth, integrity, humor, and profound respect for those who care about the quality of this small piece of time we have on earth.www.paulasusan.com