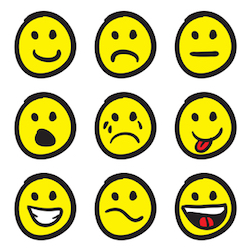 I Can’t Force Myself to Cry……

Watching my son grow in stature and in maturity and in social graces has been fascinating over the past 23 years, but not without some twists and turns, disappointments and, at times, revelations. I found out a few weeks ago that this “growth” is still taking place even though the growing pains may be behind us.

As some of you close enough to me may already know, we lost a very dear member of our family back on the morning of February 13th, our darling Shih Tzu Sophia. So for many reasons, this article will be quite a cathartic release for me.

For those of you who have endured the loss of a pet, you’ll agree that it is truly in line with losing a family member when it comes to the emotions and stages of grief. As a parent, I tend to believe that our family will celebrate events, worry about situations and even grieve in similar ways since we all share the same family values. Well, silly me. I had a real eye-opening experience on the morning of February – an experience that hit me like a ton of bricks – and a situation that I needed to address immediately, irrespective of my overwhelming shock and sadness.

I awaken Monday through Friday at 5:30 to jumpstart my day with a morning run. So, literally, most days at 5:29 a.m. I am “peaking” at the clock awaiting my music to come on…I know, crazy woman…but my internal clock goes off before my iPhone! This particular morning, at 5:20 I hear my daughter scream, Mom, Dad!!! Ashley had slept at our home the evening before. (Message #1 – I believe that Sophia wanted us there as a family when she crossed over to the Rainbow Bridge.) She was awakened by Sophia crying out and immediately called for my husband and me. As we bolted into her bedroom, Sophia was taking a seizure. By the time I directed Ashley to get a cool towel and she came back, Sophia had died in our arms. As you can imagine, we were all crying and wailing in hysterical disbelief. I’ll spare you anymore details, but I needed to set the scene for what followed.

After not being able to let go of Sophia for what seemed like a lifetime…but was probably not more than 10 or 15 minutes…I was perplexed as to why my son was not in Ashley’s bedroom with us. There was no way he could have slept through all of this commotion. I sent Ashley into his room – half expecting that he would be crying in his bed and couldn’t get it together – but that was not the case. Upon opening his bedroom door, thinking that she’s waking him to tell him the news, he said, I know. I really have to get some sleep because I have to be at work today…

All three of us had to compartmentalize and tend to the situation at hand, even though I had a pit in my stomach from his lack of compassion. It was now close to 6 a.m. and we reached out to friends to try to get our ducks in order since this situation had never presented itself with our pets in the past. Once I got out of the shower, I had to reach out to one of our early childhood consultants to get her advice.I knew that this situation had to be addressed; however, since I’m not a trained professional, I did not want to address it in a way that would be non-constructive or unfruitful.

If I’ve said it once in the past, I’ve said it a million times…I am so thankful for the people I’m surrounded with in my life. I always prayed for the wisdom to deal with our situation – never asked for it to be cured or taken away – just prayed for the patience and wisdom to make the best possible decisions…and here again, Dr. McCabe-Odri came to the rescue.

Upon relating what my son’s response was, she said, Okay, this is what you need to do when he gets home from work. You need to give him some “choices” of how he’d like to “participate” in mourning Sophia. Also, you need to let him know how important it is that, as a family, you guys support each other during times of despair just as you do during times of jubilance. And when I stopped to think about it, we’ve literally had to teach my son more than just fine and gross motor skills, so why should this be any different. Expressing emotions is very difficult for folks on the autism spectrum and this was the first loss that my son has ever experienced.

So now that I/we had a game plan, we literally pounced on my son when he walked through the door. The three of us were gathered around the kitchen table, still teary-eyed, and upon walking in his response was, Oh, no…still? I immediately stood up and threw my arms around him and began to cry profusely…and it was real tears; not an Academy award performance…well, he gave me the tightest bear hug that I’ve ever felt – even tighter than from my six-foot-one husband! He held me as long as I needed to be held, patting me on the back all the while.

I said, I’ll bet your day was dreadful having to work with a heavy heart (and, yes, as one might suspect I had to explain that idiom!) His response was, It was so hard but I couldn’t think about how sad I felt because I knew I had to stay focused driving to and home from work. I then said, Yeah, we were a little surprised that you didn’t join us this morning when Sophia passed. He said, It makes me feel even more sad when I see other people crying, especially may family. His sister then said, But you didn’t even cry; did you cry privately? He said, I can’t force myself to cry but I feel sad just like everyone else. I loved Sophia. Whew…we knew it was in there and it was so nice to hear him express his feelings, but our work was not done.

I then said, Well, your sister and dad took Sophia’s body to the vet to be cremated. He said, I know, Ashley asked me to carry her down from her bedroom and I pinched my fingers so tight because I didn’t want to drop her. I then said, Since they did their part, I’d like you to help me chose a vessel for Sophia’s ashes and decide on a place in our home to keep her. I’d also like you to go with me to pick up her ashes because I’ll need your support. His response was, I’d be happy to do that. I then gave HIM the best bear hug I could muster up.

So after all-to-many details and having to share a very intimate experience, Message #2, although children and young adults on the autism spectrum may appear uncaring or oblivious at times, that is so far from the truth. We as caregivers, friends, siblings and coworkers just need to probe a little bit, be creative and we will create an opening which will allow their feelings to come shining through. And just remember, they are not actors and actresses…they “cannot force themselves to cry.”

As a working court reporter and also owner of Infinity Court Reporting, LLC, I have become the chief, cook and bottle washer, which definitely has its ups and downs.  If I had to choose my favorite aspect, it would definitely be reporting at the depositions.  I love watching a case develop, producing a quality transcript and, at times, getting to see the case through to trial with my clients.  My most favorite aspect of my personal life is being the mother of two great kids!  I share our story in “Beating the Odds at Autism; One Family’s Winning Hand,” and I look forward to creating many more of life’s chapters with them!