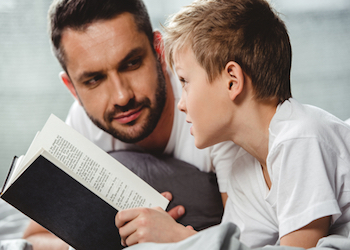 My son Tariq stopped talking and started flapping in the spring of 1981. I have been living and learning about autism ever since. The lessons he taught me about patience and acceptance have transformed me into a better man and a better father to him and my daughters.

Fathers Day is an occasion to reflect on the journey. My latest blog is an overview of current research on fathers and trends including an action plan for men raising children with autism to show their love for their families.

According to a new 2017 global survey, men are taking “greater responsibility for the home and childcare” than previously in both emerging and developed economies as reported by Reuters. In 2013, the CDC reported a nationally representative survey which found that a large majority of fathers reported being heavily involved in hands-on parenting. (Jones and Mosher, 2013). Father involvement has been shown to result in better academic success, fewer behavior problems, and healthier eating habits for children in general. Recent studies, as reported in last June’s Autism Notebook, have pointed to similar positive outcomes for children growing up with autism. Read More…..

Robert Naseef, Ph.D., speaks and writes in a singular voice as a psychologist and father of an adult son with autism. His latest book, Autism in the Family: Caring and Coping Together (2013) by Brookes Publishing includes advance praise from autism experts, parents, and people with autism such as Temple Grandin and Stephen Shore. Learn more about Robert at www.alternativechoices.com