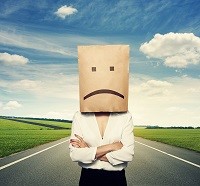 Nothing like a health crisis to make you grumpy!

One summer morning over five years ago, my father woke up in a state of anger and confusion.  This prompted a concerned phone call from my mother to request that I come over to see what was wrong with him.  After arriving at their home, I immediately sought emergency medical treatment since I feared he had a stroke.  As it turns out, he had a catastrophic heart failure event which led to vascular dementia.  From that day forward, my father would never be of sound mind and capable of taking care of himself again.

Prior to his illness, my father operated in a very calm, logical, and predictable way. He was a chemist and organization was extremely important to him. After my father was struck with vascular dementia and lost all short-term memory, I dealt with the challenges associated with his temper tantrums that were directly linked to his confusion.  The serene, smart, and vibrant man I had known my entire life had been transformed into a dazed, grumpy and confused shell of himself.

Almost every day for the remainder of his life, my father would request to go home (while sitting in his living room) as the sun went down or would wake up in the middle of the night demanding to be taken to the train station so he could get to school.  If you tried to convince him that he was “home” or was retired and did not need to go to school or work, he would get angry.  Most of the time, I was able to re-direct him by attempting to support the direction he wanted to go with a nice meal or a short drive.

Even with my best efforts, there were times when I was unable to navigate peacefully through my father’s confusion. This would lead to his yelling and very uncharacteristic name-calling. The key to surviving those hurtful and heart-wrenching moments was to remember how much love, respect, and support my father had always shown me.

Dealing with a loved one who has suffered a health crisis leading to dementia provides some of the greatest challenges for family members.  In order to navigate without losing your own mind, take a deep breath and quickly acknowledge your sadness that your loved one is confused and not like she/he used to be.  As you exhale, do your best to show your patience when your loved one acts up during periods of anger or confusion.  If you slip in your response, just apologize and move forward.  After all, you are human and deserving of forgiveness.