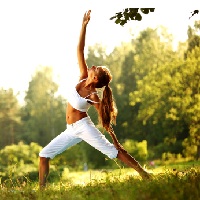 Last year, I facilitated a meeting at a congregation as part of their Health and Wellness initiative. The session was comprised of about two dozen people, all of who had or were dealing with serious illness, mostly cancers. The focus of the meeting was to brainstorm how this congregation could better support members who were dealing with chronic illness. None of these people saw themselves as being “sick”. They all saw themselves as relatively healthy people who happened to be dealing with an illness.

The conversation dealt with a lot of programmatic issues, but also touched on the spiritual issue of health itself. What does it mean to be healthy?

I would ask you to think about this question for a while. Longevity has helped re-define what that concept means. We have so many people living with types of chronic conditions. Thanks to the miracle of medical science, people who a decade ago would have died are now living their life. They have learned to deal with their “issue” and see themselves as “healthy”. Magazines and books line store shelves declaring ways to remain healthy. One thing seems to be true; health is very individual and how we define it does have a profound bearing on each of us.

I think this question of how we see health is very important. I believe, from my studies of my religious tradition, that health needs to be defines through the prism of a total merging of the mind, the body and the spirit. All of us know people, who are “healthy” in body, but whose spirits are broken and for whom life has lost purpose and meaning. There are so many studies now on how important the inter-connection of mind, body and soul are to a sense of a person’s well being. It really is no longer a debatable issue.

This subject seems to be taking on increased activity as we age. Boomers, in our unrelenting desire to postpone aging and thus, death, seem intent to dive into the latest anti-aging fad, or surgery or cream. As if “fixing” what is on the outside will somehow “fix” what is on the inside. Equally interesting is the awareness that health, both physical and mental, needs to be a daily concern.

In that meeting last year, I asked people who had and were living with cancers to comment on how they chose to deal with their diagnosis. Almost every one who spoke gave adherence to the value of being in relationship; with friends, with a community and with family. As important as the medicine, the chemo and the radiation were the support of friends, the caring of friends and family and the knowledge that their community was thinking or praying or supporting them in some way. They also remarked that one of the fears that challenged them as they dealt with their issue was the fear of being alone. In these remarks we see again the importance of, and emphasis on the power of community and relationships.

This issue of being cut off, of being alone, is one that keeps coming up in so many ways. There is a real fear that, when serious illness comes, one will be alone. Many of us know people who have become isolated and alone. Some actually make the choice to do that. Yet, we know that isolation and being alone can lead to all types of serious issues. Dr. Dean Ornish, in a recent article, emphasized the danger in loneliness.

“There are thousands of studies showing that people who are lonely and depressed and isolated are three to 10 times more likely to get sick and die prematurely, because they don’t have a sense of love and connection and community…” (A Simple Choice for Powerful Health Benefits. “Spirituality and Health: September/October 2014. P.35)

What it means to be “healthy” will continue to be a question that will be of great importance to our generation. The confluence of mind, body and soul is a key foundation of how each of us decides to define this issue for our life.