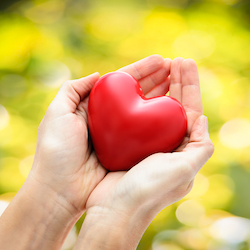 We associate Valentine’s Day with roses, chocolate hearts and greeting cards as sweet and gooey as the candy.

Love becomes that ubiquitous four-letter word heard in almost every corner of our country – all through our shopping malls, restaurants, even drug stores.

Valentine’s Day, with its emphasis on couples, can be an especially lonely time for people going through a divorce. Valentine’s day often brings fresh pain, as those divorcing come to grips with their marriages ending and often a broken heart.

Divorce is almost always very difficult. There is a popular saying known to divorce mediators: We meet the best people at the worst times of their life.

Emotions are raw when spouses split. Beneath anger or guilt, there is sorrow,
sadness and loss.

Worse, people going through with divorce are burdened by not-so-subtle societal messages that they themselves are the problem.

Divorce mediators believe that people should have a Heart Healthy Divorce by minimizing the pain and upheaval of divorce:

Though you are going through a divorce this Valentine’s Day, love and respect the person you are.