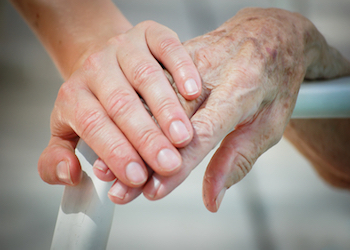 Autism is a cognitive impairment of the brain. Symptoms include deficiencies in social interaction, communicative abilities, and/or creativity or imagination; with a “spectrum” of the disorder that encompasses various types of autism (referred to as ASD or Autism Spectrum Disorder).

How Autism Affects the Elderly

The US National Institutes of Health say that there is a lack of research regarding senior citizens who have autism; most likely because it has only been within the last 30 years that autism was not viewed as an immediate cause for institutionalizing a person. Institutionalization reduces the likelihood of a person ever being functional in society and often resulted in premature death. The NIH article states, in part:

“Cognitive changes are common when people age, but what happens with aging if one has a psychiatric disorder like autism, that is, what if one already has cognitive deficits? Will everything deteriorate faster, or do efficient compensatory mechanisms develop? At present, it is unknown what happens when people with autism age…The impairments are thought to last a lifetime… Even though some autism symptoms seem to decrease with increasing age, elderly with autism will not reach normal levels of social functioning.”

Today we realize that many have functioned with autism throughout their life, without ever being diagnosed, and are now elderly. Caregiving needs of the elderly with autism often encompass other mental issues such as dementia as they have aged.

Caregiving Needs for the Elderly with Autism

Combining both typical aging and special needs that include their autism creates a different set of caregiving needs for the elderly with autism.

Calm Surroundings – In some senior care situations the autistic seniors are highly medicated in order keep them calm, when in actuality it is their surroundings that are agitating them. Many times those with various forms of autism do not like loud sounds, excessive noise or over stimulating surroundings.

Minimal Changes – Changes can cause confusion, aggression, and a feeling of being lost when things aren’t “the way they usually are.” It is one of the benefits of keeping the senior in their home for as long as possible to help maintain quality of life.

Comfortable Socialization – While socialization is important to quality of life, in can often mean loud forms of entertainment & large groups of people. It is important to socialize the senior with minimal intrusion & loudness, keeping in mind what entertains them specifically.

Limit New Faces – It seems that a very small group of the same caregivers work better than having a multitude of faces for the senior to deal with on a regular basis.

Conversing – It becomes difficult for the elderly with autism to converse; with one of the issues being the inability to connect with such things as irony, recognizing expressions and focusing on during conversations.

It is important to understand that autism itself provides each patient with different troubles as they progress through life. Some may become quite functional in most categories of society, while others may find certain inabilities to full function.

Points to Remember When Providing Caregiving for the Elderly with Autism

Unfortunately providing caregiving for those with dementia is difficult enough; but adding the issues associated with autism creates an even more difficult and new frontier to the world of caregiving. We now focus on quality of life as we age, so it is important to learn how to deal with a multitude of mental and physical issues that are now recognized and better understood; including the elderly with autism.