Home / Contributors / Bev Borton-BS,CPC, EL,-MP / How Being Curious Can Lead to Better Relationships 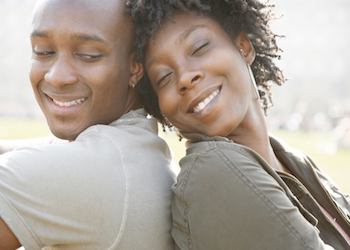 Imagine you are at an all day seminar with about 150 people to learn important in depth information. Early in the afternoon, a man in the audience (tall, assertive, ex-military) stands and questions the presenter about providing some of the information in a visual format. The presenter, also male, replies that it was not his intention to do so. The questioner becomes more forthright in his opinion that the participants need a visual. When his requests repeatedly are not satisfied, he becomes louder, angry, then belligerent, capturing the rapt attention of everyone in the room. What would your reaction be?

This altercation had actually been staged ahead of time, so that each participant could examine their reaction and determine their frame, or perspective, of the interaction. Indeed, it was an effective illustration that a roomful of people will have a roomful of opinions and attitudes about what occurred. Some felt interrupted and cheated from their time to learn. Others judged the man’s behavior inappropriate given the setting. There were people who found themselves in agreement with the man and in conflict with the presenter. A few approached to help him, to calm him, since he was extremely upset. Still others thought it was a great opportunity to see how this presenter would handle such an audience member.

No matter what happens, all we have is our own perspective. If we truly understood this, we would seldom become upset at another’s behavior or actions. There is a valid reason people act the way they do, whether we agree with it or not. To project our own frame on their perspective, or to place blame is futile in creating the footing of a good relationship. How then do we stay in a relationship with those who come at things from such a different attitude than ours? Let them off the hook. Don’t take it personally. They are only acting on the beliefs they developed over time in their own experiences. Even if they were our twin, they still wouldn’t have the same outlook. How can we expect people to be like us?

Become curious instead. Stop and think about why we feel the way we do about what they are doing. It tells us a lot about ourselves.

Having a conversation with a woman I was just beginning to get to know, we happened on the topic of vaccines. It was quickly apparent that we were on opposing sides of the issue of making them mandatory. This was a time for curiosity. Instead of debating the issue, we looked at how we came to think the way we did. As the stories of our personal experiences unfolded it made total sense to each of us how we would have developed the stance we each held.