Home / Editorial Monthly Focus / How to Use Anxiety as Inspiration 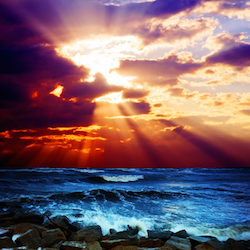 How can the feeling of anxiety, the urge to run from unbearable inner pressure and confusion, possibly be an inspiration?

Here are a few reasons.

The fears that drive anxiety are deep within us and have been in our spirit for many years.

Anxiety is our own sense of overwhelm from facing situations we were unable to handle, usually because of our age.

When a four year child is reprimanded by a parent in harsh words, if the child feels intimidated or humiliated by the parent, and at the same time dearly loves the parent, then the child is torn between two strong and opposing emotions.

Instead, the child is left on his own to handle what feels impossible to handle.

So, why not bury the confusion, not risk losing the parent’s love and take the safer road of appearing to agreeable to the parent, as though no problem ever even existed?

Years later, the child becomes a grown person who remembers the pattern, “when overwhelmed, tell no one, bury your feelings in order to not risk losing love or being severely criticized”.

The way this response pattern is remembered is contained within the feeling of anxiety.

Next time you start feeling anxious, listen within yourself for whether the feeling of overwhelm is a now outdated pattern, of when you faced an interpersonal situation that you were unable to handle and felt threatened by.

As a grown person you are now able to open and acknowledge the unfair burden of emotions too complex for a child to address.

And, through acknowledging what felt wrong, was buried as the only option to feeling overwhelmed, can now be released.