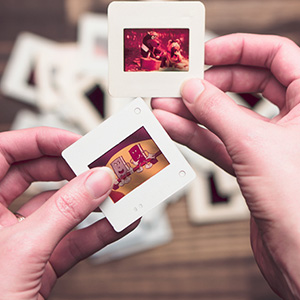 by Erica Leung~Over the last month I visited various ENT doctors for professional opinions about whether or not to have surgery for my Sleep Apnea Disorder. During this time I learned how a doctor’s approach can significantly impact the examination experience, especially if the patient is on the Autism Spectrum.

The first specialist who I will name Dr. Don Key was the first one I saw for an opinion. I should have known from the initial hour and ten minutes I waited in the sitting area that this visit was not going to go well. It is never a good sign when you are the second appointment of the day and the doctor is already running behind. Beware the first impression—because it will often be the last impression.

When Dr. Don Key finally entered the room I recognized that he was most likely the bully in high school who never grew up. Without any examination or vital information, he sat in his chair with wheels and read the report from my pulmonologist. No prep work was done and when he finally did his homework he proceeded to give me a verbal beat down. The first words he spoke were: “ To me you’re considered a fat person and I’m surprised you’re still alive!” I stopped him immediately and said “ I have Autism; can you take it down a few notches and be a bit nicer to me?” In an uncaring manner, he said, “ My condolences, but that really isn’t my problem,” and continued talking. I left the appointment and had a huge meltdown the minute I sat in the car to go home. It is safe to say I will not be returning to the office of Dr. Don Key ever again!

Later that same day I went to another doctor and he was by far the most competent and kind doctor I have ever had the pleasure of meeting. We first stopped in his office meeting room where he assured me that other’s medical reports are secondary to his own examinations and tests. I didn’t feel as if I was talking with a healthcare professional, but rather with an old friend who genuinely wanted to know what my concerns were. What put me at ease was when he asked me to tell him one of the most important things he should know about me. I told him that I have an Autism Spectrum Disorder and that I need things explained to me in the simplest terms so that I can understand what is going on. Throughout the exam he explained everything, including what each instrument was and how it was going to help him reach his decision. Although the office visit took two hours it was definitely worth it as I felt like the doctor truly cared about me.

The way in which healthcare professionals speak to patients often dictates how well the experience will go. I think all too often doctors gain an ego that is too big for their bodies, losing sight of what is important in their practice–the patient who inevitably keeps them in business.

END_OF_DOCUMENT_TOKEN_TO_BE_REPLACED

One thought on “Jekyll and Hyde: The Bedside Manner of Healthcare Professional”