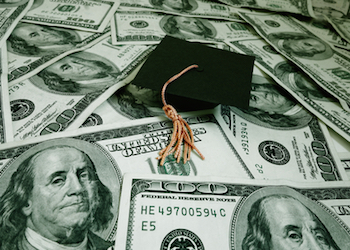 Since June is graduation month I would like to share a story with you. Before I do, here are some interesting facts for you to read about higher education:
Private school tuition and fees averaged $31,381 in 2014-2015, according to data reported by 728 ranked private universities in an annual U.S. News survey. That’s up 3 percent from the previous year.

Another number on the rise ​is average indebtedness. Nearly seven in 10 graduates from the class of 2013 took out institutional, state or federal loans graduating with an average $27,667 in debt.

U.S. News & World Report Published: September 30, 2014
It has been almost 20 years ago that I met a wonderful couple that moved from New York City to Leisure Village West, a retirement community in Manchester Township, New Jersey. Now that they moved to New Jersey, they realized that they needed to revise their entire estate plan from their wills to their powers of attorney to their living wills. This couple never had children and their closest living relative was the wife’s older sister who moved into their new home. Other than the sister they had distant nieces and nephews.

The husband retired from a university in NYC and the wife had worked in retail. One of their primary concerns was who would care for their financial well- being should they become ill or incapacitated. They decided that it was in their best interest to establish a living trust. Their theory being that if we did a good job for them when they had the capacity to make decisions, we would as trustee, continue to do a good job should they become incapable of making decisions. In other words they were testing us.

One of their primary concerns was the disposition of their estate. Since they did not have any close living relatives other than the sister the conversation turned to charitable bequests. They really loved the idea. I brought up the concept of establishing a scholarship trust in their name that would continue in perpetuity. Since they did not have children to carry on their name, the scholarship trust would memorialize them forever. Having been involved with a university his entire working life, the scholarship trust made sense to both of them. They also decided that since they would spend their remaining lives in Manchester Township that the scholarships would benefit the graduates of Manchester High School.

In their estate plan they set aside some monies to care for the sister in case they predeceased her. As it happened, the sister predeceased them. So after some specific bequests to various nieces and nephews the remainder of their estates would fund a scholarship trust.

They were one of the kindest and sweetest couples I ever had the pleasure to work with in our capacity as trustee. When they died, almost 10 years ago, the Scholarship Trust became effective. Each year the trust provides scholarship monies to Manchester High School qualifying seniors. In 2014 the C. Edward and Helen Enroth Memorial Scholarship Trust provided approximately $100,000 in scholarships.

Garden State Trust Company, as trustee, has the honor to present the checks at Manchester’s annual award ceremony. We make sure to share with the graduating class what a wonderful couple the Enroths were and how proud they must be of the choice they made to help generations of young people to pursue their dreams.

Scholarships – what a great way to be remembered and to help defray the high cost of a college education!