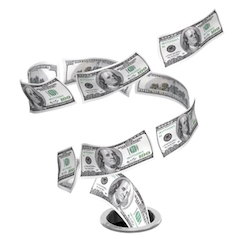 Tom and Helen Conway had a live-in housekeeper named Greta, who met a labor lawyer who talked Greta into suing them for unpaid wages and other damages in excess of $1 million.  They hired a specialist labor law attorney named Janice Hartman to defend them and they were meeting with Janice for the first time.

Hartman had just told them that they were in for a very bad time, and were probably going to receive a judgment against them for more than $1 million.  She promised to give them the best advice and defense that she could, and help them try to shelter their assets by transferring some of them to others.

“Well”, said Helen, “at least now we know what to begin preparing for.”

The attorney shook her head in sadness and replied, “Wait.  There’s more.  The other side is going to do everything they can to put significant pressure on you to settle, and they will take every step they can in order to add stress to your lives.  That means that anything is fair game, whether or not it involves threats of lawsuits and legal fees.”

“What else could they do?” replied Tom, almost afraid to ask.

Their attorney responded, “They will threaten to notify the IRS and the state tax authorities.”

That was a big surprise to the Conways.  They hadn’t ever tried to take a deduction for the money they paid Greta, so they were genuinely puzzled.

“Why would the IRS and the state care about this?”, asked Tom.  “Isn’t this a labor law matter?”  But Helen, who owned and managed her own company, which had many employees, was the first to figure it out.

“Are you talking about payroll taxes and payroll tax returns?”, she asked.  “

Janice replied, “Yes, I am.  As ‘household employers’, you were required to withhold taxes from Greta’s pay and then report her wages and pay Greta’s withheld taxes, plus your own employer payroll taxes on her wages, in accordance with state and Federal tax laws.”

Tom said, “Wait.  I’m confused.  Do you mean to say that we were supposed to do payroll for Greta’s weekly allowance, withhold and pay taxes on it, and then file employer tax returns and issue her a W-2?”

“Yes, that’s what I’m saying,” said Janice.  Tom spoke up again, “Well, is that a big deal?  Can’t we just file some payroll tax returns, pay a late filing penalty, and be done with it?  The tax people will just have to after Greta for the taxes, then.”