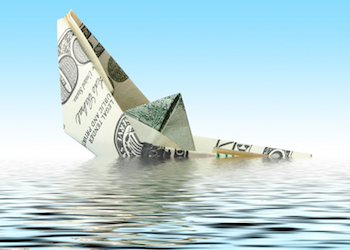 Tom and Helen Conway had a live-in housekeeper named Greta, who met a labor lawyer who talked Greta into suing them for unpaid wages and other damages in excess of $1 million.  They hired a specialist labor law attorney named Janice Hartman to defend them and they were meeting with Janice for the first time.

Hartman had just told them that they were probably going to end up paying Greta more than $1 million.  She had also just told them that the other side would put pressure on them to settle by threatening to tell the IRS and the state tax authorities about their having failed to file household employer tax returns for the past eight years.

Tom spoke up, asking, “Well, is that a big deal?  Can’t we just file some payroll tax returns, pay a late filing penalty, and be done with it?  The tax people will just have to after Greta for the taxes, then.”

“No, it doesn’t work that way”, said their attorney.  “You were supposed to withhold her federal and state income taxes, along with her social security, medicare, and state disability tax.  You were then supposed to pay those withheld monies to the government.”

“It’s too late to withhold Greta’s taxes now”, said Helen, but we’ll pay our share of the taxes and late payroll tax return filing penalties.”  “No”, Janice said, “it doesn’t work that way either.”

“The tax laws say that it is you who are responsible for paying all those taxes and it’s not their problem if you failed to withhold Greta’s share of the taxes.  You still have to pay Greta’s share of the taxes and then, if you want to, you have to try to recover them back from Greta.”   The way that she spoke that last sentence finally drove home the point for the Conways: they were going to owe the IRS and the state tax authorities a lot of money for all those back taxes, penalties and interest.

Actually, it may,” said their attorney.  Often the IRS will decide to audit your personal and business income tax and payroll tax returns when this happens, just to see whether or not you “forgot” to fulfill the rest of your tax obligations correctly.”

“Well, they won’t find anything wrong”, said Tom.  “We’re very careful about that.”

Helen spoke up, “But Tom, remember when the Clarks were audited by the IRS last year, the IRS auditor made them provide three pieces of documentation for every transaction in their business for the past three years.  It took them forever to produce all that documentation and even then they couldn’t find all of it.”

“They ended up settling with the IRS for twenty or thirty thousand dollars because their tax attorney told them it would be cheaper that way rather than going to tax court to defend themselves against the sloppy assessment that the IRS auditor stuck them with,” Helen reminded him.

After a stunned silence, the Conways asked their attorney, “What should we do?  Should we just file for bankruptcy right away?

Hartman replied, “No, that won’t help.  Some types of debts that cannot be discharged in bankruptcy, including taxes and wages.  You can’t get out of paying for those.”

Coming next: the moral to the story, and how to avoid being like the Conways.