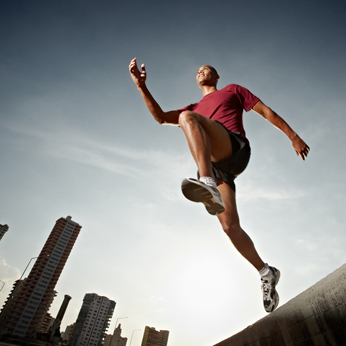 by Gabriele Schorb-Machado~
Before age 65, men suffer 2.5 times more heart attacks than women. By age 65, one in three men suffers from high blood pressure, a primary risk for heart attacks. Yet men are less likely than women to have their blood pressure checked. The male denial factor is unrelated to occupation, age level, race or socioeconomic status. No matter how smart a man is, no matter what kind of professional status he has achieved, he can still ignore things he should not ignore and pay the unnecessary consequences.

Below are some more facts based on the U.S. Agency for Healthcare Research and Quality:

Clearly, the price of denial is high. In the U.S. the average life expectancy for men is 77 years vs. that for women 82 years. This is a 5 year difference. The average world-wide difference in life expectancy between men and women is also 5 years.
So what leads to this poorer health outcome for men?

Ronald Levant, originator of one of the primary measures of traditional masculinity, the Male Role Norms Inventory (MRNI) states: “Masculine gender socialization is hazardous for men’s health, posing a double whammy of poorer health behaviors and lower use of health care.

Part of this may be genetics says Gil Tremblay, from Laval University in Quebec. For example, some variants of the Y chromosome may make men more prone to heart disease. But much of it may be masculine socialization, behavioral scientists theorize. About the difference in life expectancy, we say that one year is biological, and the rest is cultural, Research by Tremblay and others has uncovered a cluster of traits frequently seen in men — emotional suppression, aggression and risk-taking in particular, that are associated with fewer visits to health-care providers and higher rates of injury and disease.

On the other hand, more recently, Levant and some other researcher have found that some aspects of masculinity might actually protect men’s health. Men high in traits that are often considered masculine ideals — self-reliance, responsibility, emotional maturity and an even-keeled approach — are more prone to visit their physicians and avoid risky behaviors, findings suggest.

Can men be motivated to take better care of themselves?

Some health campaigns have focused on getting men to use their healthy masculine traits for them instead of against them and help them challenge their masculine traits that are not helpful.

It also helps to get the patient – provider relationship off to a good start. Levant believes men are easier to get on board if they are treated as teammates. Providers should involve men into the treatment plan, and use a more collaborative treatment approach.

A health campaign by the Agency for Healthcare Research and Quality used “ Real Men Wear Gowns” as a slogan to get men to put on a hospital gown and get screened for cancers and chronic diseases. Another slogan was: “Take Control of Your Destiny and Take Action”. Giles Tremblay is trying to convince men that asking for help is a strong thing to do for men.

Some research is on the way to investigate how socioeconomically and culturally different population groups respond differently to various slogans. Hopefully we will find ways to get all men to engage in better health behaviors, to visit doctors regularly, and to stop denying when they feel stressed, sick, or overwhelmed.

In the meantime, nagging from women is still the most effective way to get men to make changes or see the doctor.

Gabriele Schorb-Machado is a Licensed Professional Counselor practicing in New Jersey. She earned her Masters degree in Psychology from West Chester University in 1986. Gabriele has had experience in treating a large variety of chronic mental health problems including depression, anxiety, schizophrenia, ADHD, Autism Spectrum Disorders, as well as personality and adjustment problems, her primary focus is on using CBT , mindfulness, and em- wave techniques for anxiety and depression. Currently she has a private practice in Moorestown, NJ. To learn more about Gabriele Schorb-Machado, please visit www.mindfulcounselingcenter.com

END_OF_DOCUMENT_TOKEN_TO_BE_REPLACED

One thought on “Man Up. Real Men Go to the Doctor. No Excuses.”