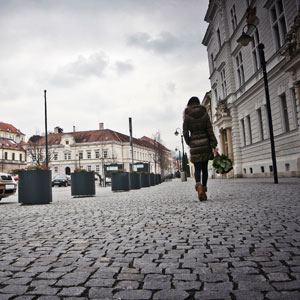 by Natasha Horsley~
Parenting is hard. Parenting through divorce is harder. Parenting through a contentious divorce can be downright ugly. Everyone will tell you from neighbors, to attorneys, to judges that one of the main objectives for a divorced parent is to preserve the sanctity of their children’s relationship with the other parent. The primary rule in this regard is, “No bad-mouthing the other parent”.

But, but, but, what about when your child asks you and asks you, “Why didMommy leave?” “Why are you divorcing?” “Why did Daddy say that mean thing about you?” “You’re wrong. Mommy says so.” “One of you is lying, because you both gave me different stories. Is it you? How will I ever know the truth?”

These are heart-breaking questions to be sure, and they make the “Don’t bad-mouth the other parent” a much more complex rule to try and follow. These questions, I believe, deserve a careful but honest answer.

In so many ways its too late to protect them, at least in this regard. They have already faced one of the hardest losses they will hopefully ever have to face. We all wish for our children to maintain their innocence for as long as possible, but loss happens, sometimes even to the very young. When that happens it is our job to help our children face that loss, instead of avoiding it. It is only through facing a loss, any loss, that we have the chance to grieve it and slowly but surely heal from it.

I believe children need to be followed more than led in terms of how we help them heal. Different children need different things at different times. My eldest son asked many, many “So, why did you divorce?” questions, night after blessed night. My youngest son saved them all up for one night a few years later and hasn’t asked any since. Healing is a process and in the case of their healing, it is their process, not mine. As they became teenagers they naturally wanted to figure things out on their own more and more. It has been my job to respect that, as much as I am humanly able, trying only to intervene if and when they have asked or I have noticed them struggling.

I hate having done any of this imperfectly, and as much as I have tried to follow the AA mandate to stick to “Principles over Personalities”, of course I have not always managed. But sometimes we have all learned even more from my failures.

Once my eldest, then age 8, came home and said, “Dad says the divorce was for the best.” I, (thumbs up) was able to refrain from bad-mouthing their father by saying something really mean, but (thumbs down) reactively snapped, and said huffily, “Well, I still don’t believe in divorce when you have small children.” He calmly, and much more maturely (!) said, “Well, maybe you could say it was partly for the best and partly not.

I mean he wouldn’t have gotten to meet M. and you wouldn’t have gotten to meet R. And they both needed to meet someone. So it did kinda all work out.” It’s hard to acknowledge when you’re wrong at the best of times, but even more humbling when an 8 year old points it out! This was two years after he had plaintively said, “You can’t divorce, because there’s only one of me.”

It was a sign for me that much healing had occurred. Healing from such a big loss really takes a lifetime, but I try to remember that healing is the goal, the principle by which I try and shape as many words and thoughts as I can. I am happy to cull principles from multiple sources and in the case of how to speak about an ex, I like the wisdom of Psalm 19:14 the best: “May the words of my mouth and the meditations of my heart be acceptable in Thy sight.” And this has become my guiding principle.

It’s so much easier for people to give advice in sound bites, and negatively stated sound bites, at that, as in “Don’t bad mouth your ex”. But so much more importantly, I think, is to focus on wondering, “What would be the most helpful, healing thing to say or do, right now?”

And to acknowledge and forgive ourselves when we invariably, imperfectly, fall off that mark, since perhaps, the most important principle for children of divorce to learn is that we all deserve to be loved and valued even though we are imperfect. You can imagine that this is a hard truth for children of divorce to learn since they didn’t get to see their parents do that for each other.

Luckily, this isn’t the end of the world because whether or not we find this type of love in a new relationship, at least we know it is possible to learn how to love ourselves “warts and all”, and as we learn this more and more deeply, our children will learn this from us too.