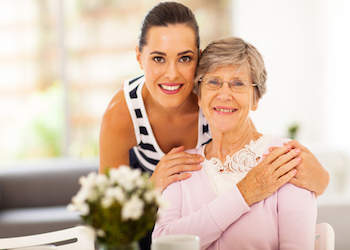 Even the title of this article is tough to write. But I wrote it because there is one type of dementia that, unlike Alzheimer’s, does not strike like a bad dream in the night – wholly without warning and without any way to stop it. There is one type of dementia that can be prevented. Though my mother wasn’t educated enough to know she was even in danger.

The first clue that there was something wrong with my mother came when she was sixty- five years old. She kept asking my father the time: “Every ten minutes she is asking me what time it is!” my father said in frustration to me on one of their visits from Florida.

I believe my mother’s inability to figure out the time – and her panicked desire to know it – were the first instances in which she was aware that something was very wrong with her thinking. It also reflected her first struggles to fix herself.

She kept asking the time because she already felt her mind drifting away from her – and she believed that if she could just recapture her ability to tell time, she could reorient herself in the world.

My mother’s decline was slow, but then it speeded up, like a snowball getting bigger and bigger as it rolled downhill.

She forgot how to do math; she forgot how to put on a dress in a ladies’ changing room – but she made a joke about it – her old self suddenly popping up. Then she pretended she could still read, but she held a menu upside down.

Finally she forgot how to talk, and when she did, I lost forever not just my mother, but my ability to know if she was still so afraid – if she still understood that she wasn’t who she once was. What I hoped was, for her sake, she’d forgotten that she’d ever existed.

My mother had dementia for the last ten years of her life. But it wasn’t Alzheimer’s. She had multi-infarct dementia. The name sounds funny; like a young boy’s gross-out expression. Not many people know what it is. They also don’t know that unlike Alzheimer’s, this dementia is often preventable. Though like Alzheimer it isn’t treatable.

Multi-infarct dementia is a series of small strokes in the brain that don’t stop. As one of my mother’s doctor’s explained; the strokes are like dominoes – once the first one occurs, a patient experiences one after another small strokes until death.

And there is no cure: According to Wikipedia: “Vascular dementia, also known as multi-infarct dementia (MID) was found to have either comparable or worse survival rates when compared to Alzheimer’s Disease.”

But the news is better concerning prevention – and this is the reason I wrote the article. I wanted people to know that they can avoid a certain type of dementia: Wikipedia also said that though there are some age, genetic and geographic risk factors, there are a lot of factors that people have some control over: “Risk factors for vascular dementia include hypertension, smoking, hypercholesterolemia, diabetes mellitus, cardiovascular disease, and prior strokes.

My mother had high blood pressure she never took care of. I write this article in the hope that you or someone you love understands the risk factors of multi-infarct dementia, and that you reduce your chances of winding up like my mother.