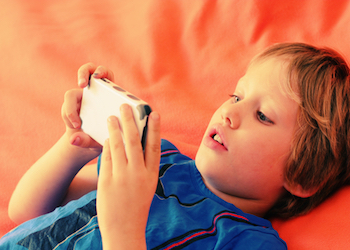 Echolalia as a Learning Strategy

Looking for a good read? Life Animated: A Story of Sidekicks, Heroes, and Autism by Ron Suskind is a real gem. It’s a compelling memoir of how a family tapped into the benefits of echolalia for their son. Instead of making it go away, they discovered how useful it could become.

Owen Suskind stopped speaking just before his third birthday, had trouble sleeping, and cried inconsolably. However, he remained fascinated with Disney animated movies which he loved before the autism emerged. His father’s account of how the family connected with him through this special interest led to a series of breakthroughs. The family watched those movies over and over and began to communicate with their son through the movie scripts.

The concept of joining with a child’s interest came from developmental psychology and has become an accepted part of most autism treatment programs. What is remarkable in this story is the intimate account of how this worked day in and day out in a family: their thoughts, feelings, frustrations, and experiences.

There is real grit devoid of a storybook ending; Owen Suskind does not recover from autism. He does make amazing progress, graduates from high school, attends a transitional program, and meets a Disney producer. He does not become a Disney animator as he had dreamed. Owen will likely never become completely independent as his parents had dreamed.

Nonetheless and maybe because of this, Owen, like my adult son with autism who is nonverbal, is a good son and a good brother who has taught his family incredibly profound lessons.

In another important new book, Uniquely Human: A Different Way of Seeing Autism, Barry Prizant reframes echolalia—the tendency of a person with autism to repeat words, phrases, or whole sentences over and over. It is considered one of the red flags of autism when a child repeats or echoes the words or phrases of others. This often frustrates parents as well as professionals, and for years the common wisdom has been to try to stop echolalia.

Conversely, Prizant helps us understand that children with autism communicate in all sorts of ways. Sometimes their repetitions are a way of rehearsing what they are going to say or indicating that they understand. When we listen carefully and observe the context, it becomes clear that individuals with autism are using language for the same purposes as everyone else but in a different way. They may be experiencing or reliving excitement, pain, anxiety, or joy. By listening carefully, it often becomes clear what the child is trying to communicate in his or her own way.

For families, echolalia can be extremely difficult to live with. Understanding that this kind of communication serves a purpose can help family members to be patient when they feel like pulling their hair out. There is often progress toward more typical conversation. Some children echo less as they mature, but under stress they may tend to revert to echoing. Prizant helps readers understand the developmental purpose of echolalia as a start in using speech to express wants and needs. Animated movies are often part of the process because the exaggerated vocal, facial, and body language are easier for children on the autism spectrum to decode and feel confident that they understand the message.

Having read hundreds of autism books from parents, researchers, teachers, professionals, and people with autism, and having written a few myself, I would have to say both of these are at the top of my list—Suskind’s from a parent’s perspective and Prizant’s from a professional perspective. More than just good books, the perspectives embodied by these writers have a broad applicability across the autism spectrum and across cultures and social classes and about what it means to be human.

Robert Naseef, Ph.D., speaks and writes in a singular voice as a psychologist and father of an adult son with autism. His latest book, Autism in the Family: Caring and Coping Together (2013) by Brookes Publishing includes advance praise from autism experts, parents, and people with autism such as Temple Grandin and Stephen Shore. Learn more about Robert at www.alternativechoices.com