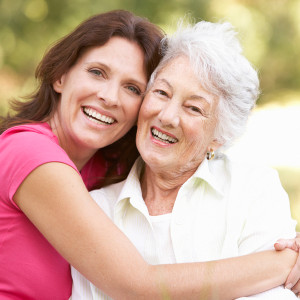 I often have a client say to me “my mother has Alzheimer’s and dementia”. The terms Dementia and Alzheimer’s are often misused or used interchangeably. So what is the difference? Dementia itself is not a disease; it is a series of symptoms brought on by a disease or condition, such as Alzheimer’s.

Dementia is a loss of mental functioning. Someone suffering with a dementia will lose the ability to think, recall recent events and make reasonable judgment calls. At first, the lack of these functions will interfere with one’s ability to carry out their normal daily routines successfully. Eventually, one’s symptoms become severe enough to interfere with their daily routine, or “activities of daily living” (ADLs). They will stop bathing, have difficulty dressing, toileting, and eating. They will eventually rely on others for total care. But in the right environment, with proper cues and redirection, someone suffering mild to moderate dementia can flourish.

Alzheimer’s is an incurable, disease that infiltrates the brain and progressively extinguishes memory and thinking skills, with symptoms becoming apparent after the age of 60, but don’t think this is a senior disease, as symptoms can indeed start to surface in the early 50s. Sadly, I am seeing more and more cases of individuals in their early 50s who have started showing signs, and have actually been diagnosed. Alzheimer’s disease is the most common cause of dementia. Sadly, there is no reported cure for this disease, but genetic testing and clinical trials are showing some positive results, and while researchers are looking for the cause and searching for a cure, we can rely on medications to help with the confusion and behaviors associated with the disease.

Someone afflicted with Alzheimer’s may begin to notice the changes in their functioning and may lightheartedly attribute memory loss to old age. They’ll begin to lose words, and the ability to clearly communicate their thoughts. Some of the early warning signs of Alzheimer’s, include short-term memory loss – they will forget what they had for lunch earlier, or a very recent conversation. They may repeatedly ask the same questions over and over. They become confused and may begin to rely on notes to get them through their day. They realize the change, but prefer to accept these changes as a normal process of aging rather than accept the reality that they may literally be losing their mind. In the early stages, they become masters of camouflage and are often able to hide their condition. An example, you might ask mom her age and her response very well could be “oh, you know my age” or “it’s not polite to ask a woman her age”. This is an attempt to hide the fact that mom can’t remember her age, she can’t give you the correct answer, so she’ll deflect. Living in this denial prevents the Alzheimer’s patient from getting an accurate diagnosis and treatment plan early on in the disease process.

There are several different causes of dementia, some of which can be treated and cured because the cause of the dementia is treatable. This is why a thorough examination and diagnosis are so important. Why suffer with a dementia that very well may be treated and reversed? So, which dementias are curable, you ask. It is possible to reverse the effects of dementia brought on by drug and alcohol abuse, or combinations of prescription medications and hormone or vitamin imbalances. Someone struggling with severe depression can experience symptoms of dementia, Known as pseudo-dementia or false dementia and this is very treatable.

Arise from a disorder affecting the cerebral cortex, the outer layers of the brain that play a critical role in thinking abilities like memory and language.

Result from dysfunction in the parts of the brain that are beneath the cortex. Usually, the forgetfulness and language difficulties that are characteristic of cortical dementias are not present.

Rather, people with subcortical dementias, such as Parkinson’s disease, Huntington’s disease, and AIDS dementia complex, tend to show changes in their speed of thinking and ability to initiate activities.

The most common causes of dementia include:

Certain types of hydrocephalus, an excess accumulation of fluid in the brain that can result from developmental abnormalities, infections, injury, or brain tumors

What is Alzheimer’s disease?

An irreversible, progressive brain disease that slowly destroys memory and thinking skills and, eventually even the ability to carry out the simplest tasks of daily living. In most people with Alzheimer’s, symptoms first appear after age 60. Alzheimer’s disease is the most common cause of dementia among older people.

Memory loss – we all have those moments, we can’t recall name or place, we walk into a room and forget why we’re there – this is normal. What’s typical? Sometimes forgetting names or appointments, but remembering them later. However memory loss that disrupts daily life and one’s ability to carry out their routine is a sign of dementia. One of the most common signs of Alzheimer’s, especially in the early stages, is forgetting recently learned information. Others include forgetting important dates or events; asking for the same information over and over; relying on memory aides (e.g., reminder notes or electronic devices) or family members for things they used to handle on their own.

Challenges in planning or solving problems. What’s typical? Making occasional errors when balancing a checkbook. What is a concern – some people may experience changes in their ability to develop and follow a plan or work with numbers. They may have trouble following a familiar recipe or keeping track of monthly bills. They may have difficulty concentrating and take much longer to do things than they did before.

Difficulty completing familiar tasks at home, at work or at leisure. What’s typical? Occasionally needing help to use the settings on a microwave or to record a television show. People with dementia often find it hard to complete daily tasks. Sometimes, people may have trouble driving to a familiar location, managing a budget at work or remembering the rules of a favorite game..

Confusion with time or place. What’s typical? Getting confused about the day of the week but figuring it out later. People with a dementia can lose track of dates, seasons and the passage of time. They may have trouble understanding something if it is not happening immediately. Sometimes they may forget where they are or how they got there.

Vision problems – trouble understanding visual images and spatial relationships. What’s typical? Vision changes related to cataracts. For some with dementia they may have difficulty reading, judging distance and determining color or contrast. In terms of perception, they may pass a mirror and think someone else is in the room. They may not recognize their own reflection.

Difficulty with words in speaking or writing. What’s typical? Sometimes having trouble finding the right word. People with dementia may have trouble following or joining a conversation. They may stop in the middle of a conversation and have no idea how to continue or they may repeat themselves. They may struggle with vocabulary, have problems finding the right word or call things by the wrong name (e.g., calling a watch a “hand clock”).

Misplacing things and losing the ability to retrace steps. What’s typical? Misplacing things from time to time, such as a pair of glasses or the remote control. A person with dementia may put things in unusual places. They may lose things and be unable to go back over their steps to find them again. Sometimes, they may accuse others of stealing. This may occur more frequently over time.

Decreased or poor judgment. What’s typical? Making a bad decision once in a while. People with dementia may experience changes in judgment or decision making. For example, they may use poor judgment when dealing with money, giving large amounts to telemarketers. They may pay less attention to grooming or keeping themselves clean.

Withdrawal from work or social activities. What’s typical? Sometimes feeling weary of work, family and social obligations. A person with dementia may start to remove themselves from hobbies, social activities, work projects or sports. They may have trouble keeping up with a favorite sports team or remembering how to complete a favorite hobby. They may also avoid being social because of the changes they have experienced.

Changes in mood and personality. What’s typical? Developing very specific ways of doing things and becoming irritable when a routine is disrupted. The mood and personalities of people with Alzheimer’s can change. They can become confused, suspicious, depressed, fearful or anxious. They may be easily upset at home, at work, with friends or in places where they are out of their comfort zone.

These medications treat the cognitive symptoms (memory loss, confusion, and problems with thinking and reasoning) of Alzheimer’s disease.

Medications cannot stop or reverse the damage, they may help lessen or stabilize symptoms. As the disease progresses, medications will need to be adjusted.

With over 20 years of experience in the healthcare industry, I was fortunate to find my niche in senior care and have flourished as a devoted senior advocate. As a Community Relations Liaison, I have gained considerable experience working with those struggling with dementia and other medical conditions. As a Client Care Manager, I facilitate a smooth transition for clients being discharged from a hospital or rehab setting, working closely with the client’s medical team, family members and support team to ensure a safe, seamless return home.  I am a Certified Dementia Specialist and a volunteer with the Alzheimer’s Association, facilitating monthly Alzheimer’s Support Groups in South Jersey, and provide one-on-one training and support to families of those struggling with dementia.

END_OF_DOCUMENT_TOKEN_TO_BE_REPLACED

6 thoughts on “PART 1: My Mom has Alzheimer’s and Dementia, What’s the Difference?”