Home / Divorce / Co Parenting / Polarized Parenting: The Dance That is Done in Divorce 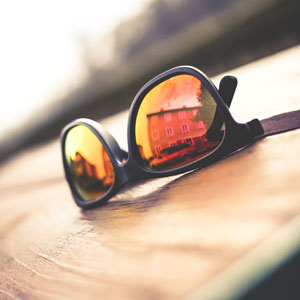 by Dr. Richard Selznick~One of the bigger challenges faced by divorce parents is trying to get on the same page relative to the raising of their children. Raising children, especially those who can be more challenging, is difficult enough even when people are in the same household. Disagreements take place around the “you’re too tough on him,” “no you’re not tough on him enough” dance that often occurs.

With child issues such as school struggling or behavioral challenges, parents tend to adopt punishing postures with their children. By and large, punishment does not seem to work very well and seems to lead to greater degrees of anger within the child and increased shutting down.

While not the biggest fan of punishment, I’m also not suggesting that limits be removed or that parents go soft on the child. It is the constancy and tone of punishment that needs to be addressed and which creates its own set of problems.

Punishment rarely results in the child thinking to himself, “Gee, I wonder what I did wrong. I feel so bad for what I have done. I’ll do better in the future.”

The more likely internal thought process with the punishment is probably something where the child is blaming the parents (“They are such jerks), rather than being self-reflective somewhat remorseful.

Another typical problem that arises is the finger-pointing that takes place between parents. As a result of ongoing frustration, parents are frequently polarized in their relationship relative to the child. Usually one parent feels that he has the right approach and if the other parent would only listen and do it his way, all problems would be solved.

Typically the stricter parent believes his way will lead to the solution of all of the child’s problems. This parent accuses the other parent of feeding into the child’s demands rather than helping. As there may be a grain of truth in this, the softer (more indulgent) parent usually reacts by countering the stricter parent’s punishing style. The accommodating parent sees the strict parent as too harsh, irritable and reactive and attempts to buffer the child from the stricter parent

When listening to the interactions between polarized parents, I can see that each parent brings a certain amount of truth to the table. If the stricter parent lightens up, the child typically feels relief. If the more indulgent parent tightens the reins, the child will feel he has to be held more accountable.

It is incredibly difficult for parents to find a middle-ground approach because of all the fighting and finger-pointing. Communication becomes increasingly frayed and tense.

There is no absolute answer to any of this, other than making attempts to recognize that there is no right or wrong and that each brings something to the table. Trying to pull back from some level of extreme is the only answer that I know. Seeking the support from a counselor/therapist who can focus on this particular issue may be helpful. It is important for the divorced parents to understand that such counseling is not for the purpose of “marriage counseling,” but very specific to the topic of communication with the child or children.

Ultimately, while parents may not be exactly on the same page, finding ways to get back toward the middle is the overriding goal.

Dr. Richard Selznick is a psychologist, nationally certified school psychologist, assistant professor of pediatrics and school consultant. Dr. Selznick is the Director of the Cooper Learning Center, a Division of the Department of Pediatrics/ Cooper University Healthcare. The author of two books, The Shut-Down Learner: Helping Your Academically Discouraged Child and the more recently published School Struggles: A Guide To Your Shut-Down Learner’s Success, Dr. Selznick has presented to parents and educators internationally, as far as Dubai and Abu Dhabi and throughout the United States. Learn more about Dr. Selznick at www.drselz.com.