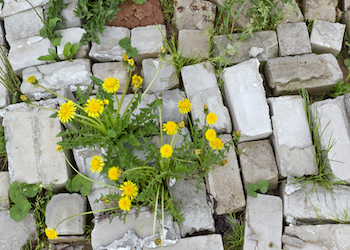 Funerals have a strange way of bringing “lost friends” together. Sadly we were at the visitation of one of my husband’s closest friends Steven recently. They’d known each other over five decades.

Woven between repeated discussions about Steve’s shocking sudden death, lighter conversations emerged. I was updated on other family’s kids, marriages and jobs. Side bar dialogue helped fill in the gaps of weightier issues.

After an hour, a particular woman caught my attention. Even in profile as she signed the guest book I thought I recognized her. I tried to place her beautiful face and familiar mannerism but drew a blank.

I was just about to ask who the mystery woman was, when another friend remarked right on cue, “Oh, there’s Carolyn. I knew she’d make it.”

THAT Carolyn, I wondered! I was stunned! She looked great!

It had been almost five years since I had seen Carolyn.

At that time Carolyn looked gaunt, fragile and dazed when we attended her son’s funeral in 2011! It was the second of her trifecta of tragedies. No parent should ever have to bury a child, but sadly it happens.

My mother was four months pregnant with me in 1951 when a brutal car accident claimed the life of their nineteen-month old son David, my brother. Although it wasn’t my child, growing up hearing my mother retell the devastating events of that day stayed with me. In my own way, I could relate to Carolyn’s incredible pain.

The first event in her trifecta was the unexpected death of her husband Robert of 40+ years. Robert was also a multi-decade friend of my husband’s.

Carolyn was still very slowly re-building her life without her husband when her son was diagnosed with brain cancer, a battle he couldn’t win.

At Robert’s funeral I remember thinking that she had lost her husband too soon. That emotion was even more evident when Evan died in his mid 30’s leaving two young boys fatherless!

I didn’t know Carolyn very well. We got reacquainted at yearly couples’ events. But still I was sensitive to her intense grief and the crushing emotional loss of two people so dear to her. Her pain must have felt unbearable.

Six months later, we learned Carolyn had been hospitalized with an abdominal issue, or something, the third tragedy in her trifecta. I wasn’t surprised. The physical pain of emotional loss is very real!

For more than a year, Carolyn’s health was unstable. I never knew the specifics, but clearly she was frail, failing and might not live.

I couldn’t imagine what she’d been through. Just one of those deaths would have left a huge void in her life, let alone two, followed by health issues. I reasoned Carolyn probably but understandably had been drained of the inner strength it takes to mount an assault against her medical monsters.

I was thrilled to be so wrong!

When Carolyn spotted us, she came over. I held back tears of joy to see how vibrant she looked. After a sustained hug I said, “You look great Carolyn! How are you?”

“It’s been a long, hard road but I’m a survivor! Bob and Evan would want me to move on especially for the girls (daughters) and grandkids.”

“But I wanted it for myself too. My faith helped a lot, but essentially I’m a survivor. I was determined to see the brighter side of life.

I thought about my mom. She had simultaneously mourned little David’s death while caring for a newborn, me. She was a survivor too!

I don’t know that being a mother equates to being a survivor. My girlfriends are strong women but I’m attracted to those who can rise above especially in behalf of their children.

I genuinely admire Carolyn’s ability to find the strength to battle the demons of her trifecta. Ironically her oldest daughter needs her more than ever as she goes through a contested divorce and financial collapse. Especially because Carolyn always felt the ex-son-in-law was an “as-“ she’s feeling pretty vindicated and taking the next battle head on. You go girl!