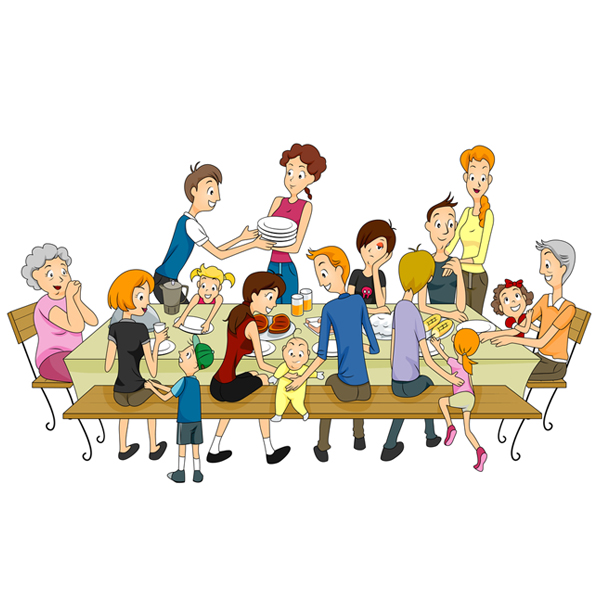 Blending families is a lot about saying, “Yes”. It creates opportunities you will not want to miss by prematurely deciding how it “has to be”. Staying open to the magic of possibility is the key to success.

It is natural to cling to what we know best in the face of uncertainty. There is a lot at risk; we don’t want to fail. Yet keeping an open mind can lead to creativity and new ways of problem solving.

My dentist told me a story while I was in his chair recently; maybe that’s why I remember so clearly what he said. His son had told him about a philosophy course he was taking. It came time for the finals, and there was only one question on the exam. It was, “Why?” His son thought he did an admirable job of expounding on all that he had learned during the course. He and his classmates later discovered that only one student aced the exam. He had written two words, then left the exam room. His reply was, “Why not?”

That says a lot in terms of staying open minded to what each person might bring to the table in a newly formed family. The potential is not yet known or clear, and why prematurely decide how things should be?

Saying “yes” to another person allows you to strengthen a relationship and bond better. It’s an invitation for them to be themselves and see what contributions they may be able to make. Most of us, if not all of us, inherently want to be accepted and make a meaningful contribution. It would be sad to think that possibilities were eclipsed by having to have things a certain way or have too many new rules or old attitudes.

Take the time to learn about the “true selves” you are now living with by listening a lot. Listening deeply, without rehearsing an answer, without answering to fix things, offer advice, or render an opinion can give you insights into what really matters to the other family member. When you know this, you can find common ground on which to connect in agreement. The more common values that are identified and shared, the stronger the relationships will become. It makes it more likely that future conversations and interactions will be positive, even if the answer has to be “no”.

By now, you may be thinking it is not always possible to say yes to everyone and everything. The suggestion here is to just have the yes outlook outweigh the no attitude- say, by five to one! Say yes as often as you can without sacrificing what’s really important to you in the process. Be willing to forego your typical way of thinking just because it’s easier. The extra time invested may result in untold success and enjoyment down the road as the family matures.

Warning! Yes does not mean people pleasing in order to gain favor or to be liked. It does not mean sacrificing at your expense. It is important to remember that when we are true to ourselves, we help others be true to themselves. Family members can witness some “out loud” thinking whereby you admit you’d like to say yes, yet here’s why you can’t right now. When we draw the boundaries that help ourselves, we help others learn to use them, too. A fine balance, admittedly, and one all of us can benefit to practice.

Think back to times in your life when you felt the most supported. Most likely someone was anticipating your success with you. You sensed their expectation that all would work out well. If you find yourself in an influential position in a blended family, uplift others by believing in their success, and in the family’s success. You may find yourself answering, “Yes” or “Why not?” more and more often.