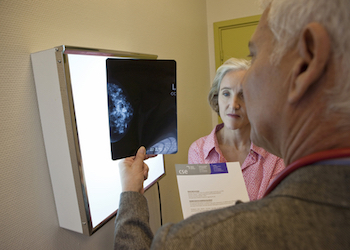 Breast cancer in senior women has been increasing as the U.S. population ages. There are a number of risk factors that increase for women 55 and older; many are uncontrollable and some are specific to aging.

No matter how old you are, it is important to realize that the majority of women survive breast cancer. Take a stand if someone you love or you are a senior woman with breast cancer!
Cited Works:
American Journal of Epidemiology, Volume 160, Issue 9, Pp. 868-875 – Risk Factors for Breast Cancer in Elderly Women – Carol Sweeney, Cindy K. Blair, Kristin E. Anderson, DeAnn Lazovich, Aaron R. Folsom