Home / Editorial Monthly Focus / The Shift in Roles of the American Male? 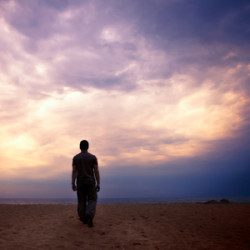 by Rabbi Richard F. Address~
I want to focus this month on an issue that does not get much attention in media. It is the question of the rather interesting change in status of the American male.

Now, I know many will see nothing really different in our society. There is still a reality that most corporate executives are men and that there still remains a gap in pay between equally qualified man and women. All of that is true. Yet, let me suggest that something is changing out in the real world and its’ pace is quickening.

A recent New York Times piece noted studies on the changing role of men and women. A re-alignment, perhaps, in gender roles when it comes to the home. We are seeing an increase in stay at home dads, partly because of the economic shifts in recent years and partially due to the emergence of more women in the work force with better paying jobs that allow these women to be the major source of income in a household. Many of us with children in their 30’s who are parenting our grandchildren see this shift in a more equal role for parents. From diapering to day-care, there is greater sharing, and that is good.

The challenge that I see is not for the men in their 20s and 30s, it is to the men in the Baby Boom generation; men now in their 50s and 60s, who have seen and experienced many shifts in the role of men. A recent book attempted to outline this social shift. “Angry White Men: American Masculinity at the End of An Era”, by Michael Kimmel, attempts to chart these shifts. He maintains that the era of unquestioned male entitlement is over. He looks at the economic issues and the impact of feminism and how these factors, plus others drawn from his studies, have combined to produce these changes. There is another issue here that, as clergy, also seems to be emerging.

I wonder about the psycho-spiritual issues that so often go unmentioned when we speak about men’s issues. We focus on work and marriage, parenting and maybe retirement. All of these are part of a greater more substantive issue; that of loss. The question may be have men, as we age, understood how to deal with the losses that we encounter? These are not easy subjects; and if the studies are correct that men have less social relationships (friends) as we age through which to process these issues, then it stands to reason that we might expect greater issues of depression and anxiety.

As life proceeds, we want to maintain a sense of being needed. The great rabbi and theologian, Abraham Joshua Heschel, reminded us that we are creatures in search of meaning, that we need to be needed and we need to need. Think about men who may have been cut off from their work because of economic shifts, or retirement; who may feel cut off from their spouse who has returned to the work force after the children have gone. The men who find that face in the mirror to be a stranger, who find their sexual drives diminished and their bodies not willing to do what it used to do, or those bodies experienced serious physical issues. I do not think that this is a fictitious scenario. In fact, I think this describes some of the root causes of some of the men’s health issues that surround us today.

Let me suggest that the time may be at hand for a re-visioned men’s movement; a serious attempt to deal with the issues surrounding loss, the natural losses that we all will experience. It may be nothing more than allowing men to have an opportunity to discuss openly and in a non-judgmental fashion, their hopes and desires for their next decades of life. Longevity is presenting us with unique challenges, not the least of which is the very spiritual question of what we will do with the years we have been given. Finding a sense of meaning, a sense of need, a “reason to get out of bed in the morning” may be one of the greatest challenges for this cohort of men in the next decades. The question that emerges from this is “are we prepared for the challenge?”