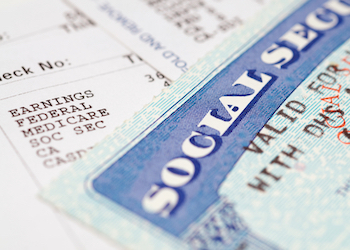 Social Security benefits in 2016 will be affected by actions and decisions made in congress and the U.S. Supreme Court’s decision in 2015. In Obergefell v. Hodges the Court held that same-sex couples have a constitutional right to marry in all states. That means that, if such couples do marry, they have a right to be treated as spouses for tax and Social Security benefit purposes.

The Social Security Administration is working with the Department of Justice to develop instructions for processing claims. As of this writing, the Social Security Web site, acknowledges this development, but offers no further guidance on when these benefits will begin to be paid. Those who believe they are eligible are encouraged to file immediately, as there may be retroactive payments made once the administration has worked out the new rules.

Another benefit change when both members of a married couple have significant earnings records. Couples with two incomes have paid Social Security taxes to earn two primary benefits and two spousal benefits. A person may claim only one benefit at a time, so something will be going to waste. However, the deferred retirement credit could be used to reduce the loss, especially if the husband and wife are close in age.
When Wife claimed her benefit at age 66, Husband (also age 66) claimed his 50% spousal benefit based upon her work record. That allowed his own benefit to grow until he reached age 70. At that point he would claim a benefit based upon his own work record, now increased by 32%.