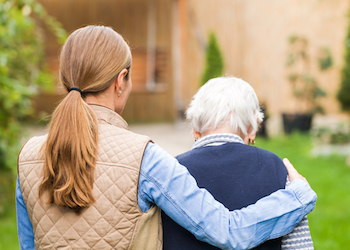 Remember They Don’t Remember
People living with dementia can and should make choices throughout their journey. Those in the later and more severe stages of Alzheimer’s/dementia are likely to have limited and erratic communication skills.  Caring for them including make simple and complex decisions in their behalf is necessary.

The critical factor is how important are the decisions?  Remember they often don’t remember what they did, said, who visited, etc.

In most situations where the individual is still living at home, family caregivers may offer choices, either out of habit or respect.  These “choices” are relatively benign; what to eat or wear.  And it’s not known how much executive function decision making is really involved.  Is Mom consciously selecting a red sweater over a white shirt?  Or did she simply look in the direction of the sweater or wave a hand toward it.

By striking contrast, letting Mom decide if she wants to take her medications is not a benign choice.  Nor is letting her drive or walk to the local store alone.

When the home environment is no longer safe, regardless of the reasons, relocating the person with dementia/Alzheimer’s is imperative.

Parenting Your Parent
As my mother careened over the threshold from stable to unsafe, she had to be moved into an assisted living facility.  Her decline was so dramatic in fact, that within a few months she needed an even more secure memory care center.

In retrospect, I struggled to parent my mother and make such an important decision about her care without her input.  Though she was incapable of identifying her own limitations, I still needed validation that I was doing the right thing.  I wanted her to snap out of her brain fogged Alzheimer’s just long enough to reassure me everything was okay.

Only everything with her wasn’t okay and never would be again.  Thus, it was my duty to act responsibly in her behalf.

The personality of the individual with altered mental status often impacts how caregivers and families dialogue with him/her.  The more agitated my mother was, for example, the softer was my approach.  I used more caution, less hand movements; more eye contact, less words.  Essentially, I tried to be more deferential and let her think she was in control.

In summary, someone with mild dementia can and should make benign choices.  Relying on them to be capable of perceiving the ramifications of more complex decisions however is suspect.  As Alzheimer’s advances into even the late mild to early moderate phase, individuals really can’t make important decisions.

Remember they can’t remember and thus you are their voice.  Speak for them as they would for themselves if they could again!  It’s a tough job yielding a lot of power; use it wisely.