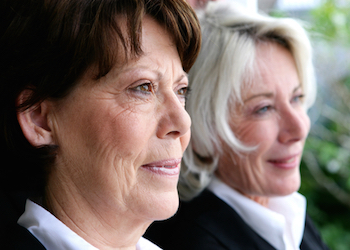 A couple of months ago, I called the woman who had an affair with my ex-husband, almost two decades later. It was all pre-arranged. This is not a random call you make. The outcome was beyond my wildest expectations.

Initially, I explained my motivation for the call. She had asked to speak to me a year earlier and the answer was no. Not from me, but from my daughter who had been asked. My daughter quipped, “that ship has sailed. My mother doesn’t want to talk to you.” I learned that she wanted to apologize to me. She was now hearing my ex use the same adjectives to describe her as were used to describe me many years earlier.

But then a year later, I thought maybe it might be a good idea. Now it was my decision. And I called her. We exchanged pleasantries at first. This was a woman who had played an enormous role in the demise of my marriage. And there was a time I may have run her over! But time has a way of healing, of giving us the benefit of more rational thinking.

And we started talking, from one woman to another; as one mother to another. We had a lot in common and strangely enough, we had many stories to share that paralleled others. The lead male character in our stories was the same scoundrel!

I felt an enormous, heavy cloak being lifted from my shoulders. It wasn’t anger or forgiveness, possibly closure. But it was a beautiful thing. Not because the same thing was happening to her. I no longer felt animosity towards that woman, I felt relief and gratitude. Relief that I no longer had to navigate the swamp that he created around him. Gratitude that I had the opportunity to get out when I did. I didn’t appreciate it at the time but I went on to live, love and flourish in the next two decades of my life. Another chapter was waiting to begin but this chapter needed to be finished.

There was another advantage to the call. Because I felt no animosity or anger towards her, I didn’t have an ax to grind or the desire to say, “I could have told you so.” And lucky for me, she was gracious, kind, remorseful, apologetic, and mature.

It was a giant step forward and the result amazed me. I don’t think I would have believed it could have been so healing. We needed to connect and we needed to talk. It was the best gift I received during the holiday season, the gift of connecting with someone who had been so significant in one of the greatest hurts in my life. We were now together as members of the same team. It felt good in a good way.