Home / Life Help / Why does it take a crisis in someone else’s life for us to take stock of our own? 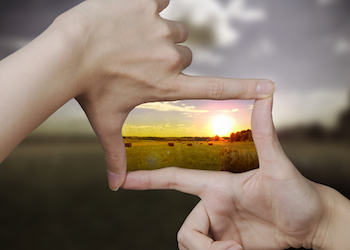 Never Take Anyone or Anything for Granted!

My friend’s husband died instantly from a massive heart attack in mid-November. He was just 71 years-old. This is my 5th girlfriend in recent years who has lost her spouse tragically with barely a hint of potentially impending medical doom.

I didn’t know Jeff – not his real name – that well. My perspective of him was mostly shaped by his wife’s – my friend Carol’s – endearing, usually, stories and anecdotes that defined him. But I could see from Jeff’s Facebook posts how much he adored his wife and family.

Jeff was a talkaholic! A little pudgy! Opinionated! With a heart of gold! I describe my brother Jerry with the exactly the same adjectives; he was not 60 years-old when he passed away in 2004.

On some level everyone has experienced a painfully difficult loss. Tragically it’s a part of living, and in some cases dying. The shock of an unexpected death or a personal catastrophe launches a cornucopia of reality checks. It’s a wake-up call whereby we reprioritize what’s really important in life. Unfortunately, as time passes, most of us fall back into old habits of being annoyed by the “little things”.

The cable tv went out.
The dishwasher isn’t loaded right.
The end sheet of the toilet paper drags on the floor.
The tooth paste cap isn’t closed.
The slow moving train is blocking the road.

There are many different kinds of loss that can impact us in different ways, but emotional upheaval and adapting to a new normal underlie all of them.

I’m reminded of this poignant expression: “The pain of divorce is like the pain of death, except you keep tripping over the corpse!” And you don’t get to keep all of the forks!

Thoughts for the upcoming holidays!

Holidays are supposed to be joyful occasions with family and friends, but the nostalgia of the past can be devastating for someone experiencing their “year of firsts” – first holiday, first anniversary, first birthday, first sunset – without their loved one. It’s an emotional roller coaster with no fast forward through the grief.

Through it all they have to mask their internal pain and show up anyway at work or whatever they’re doing.

So, smile at the grumpy looking cashier. Wave to the delivery people. Don’t yell at the phone solicitor. Wish someone a nice day and mean it! Send a “just because card” through the US mail. Load the dishwasher yourself without whining.

When you feel annoyed that the toothpaste cap isn’t closed again, remember that the guilty party is still with you!